The Congress party on Tuesday lashed out at Uttarakhand Chief Minister Pushkar Singh Dhami for his performance after he completed one month in office. 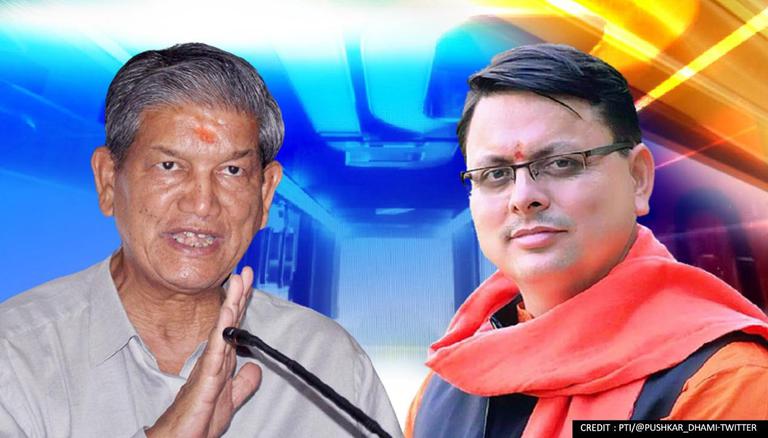 
The Congress party on Tuesday lashed out at Uttarakhand Chief Minister Pushkar Singh Dhami for his performance after he completed one month in office. Administered the oath of office and secrecy by Uttarakhand Governor Baby Rani Maurya on July 4, he became the 3rd BJP CM to take charge since March after Trivendra Singh Rawat and Tirath Singh Rawat. Accusing BJP of "fooling" the people, Uttarakhand Congress president Ganesh Godiyal slammed the excessive reliance on bureaucracy.

"BJP deceived this state and the people by swearing in three leaders as CMs. After the present CM took oath, BJP tried to convey the impression that some miracle is going to happen. Today, a period of one month has elapsed," Uttarakhand Congress chief Ganesh Godiyal said. Moreover, he claimed that the saffron party has "no vision" for the state.

He added, "For any decision, he (CM) has to look sideways. He relies on the bureaucrats thinking that if they say something, I will talk only then. In a democracy, elections are held so that the leader elected by the people should run the government. Today, the exact opposite is happening. The IAS officers are running the government."

Notably, Pushkar Singh Dhami has maintained that the repeated change of CMs will have no impact on the Assembly elections due early next year. Speaking to the media on July 4, he promised to take forward PM Modi's governance mantra in the state. Furthermore, he exuded confidence in BJP getting the support of people owing to the work done in the last five years. His predecessor Tirath Singh Rawat had stepped down as the Election Commission was unlikely to conduct a by-election owing to the COVID-19 situation and with less than a year left for the polls.

However, the Sonia Gandhi-led party peddled a conspiracy theory linking Tirath Singh Rawat's ouster to an alleged plot to target West Bengal CM Mamata Banerjee. Addressing a press briefing, Deputy Leader of Opposition in Uttarakhand Assembly Karan Mahara quashed Rawat's explanation that he put in his papers to avert a constitutional crisis. He contended that BJP was using Tirath Singh Rawat as a scapegoat to ensure that by-elections are not held in WB thereby forcing the TMC supremo to step down.