Dismissing CT Ravi’s statement calling for leaders to be ‘pro-Indian' in the issue, former CM Kumaraswamy said that the state's issues comes first for him. 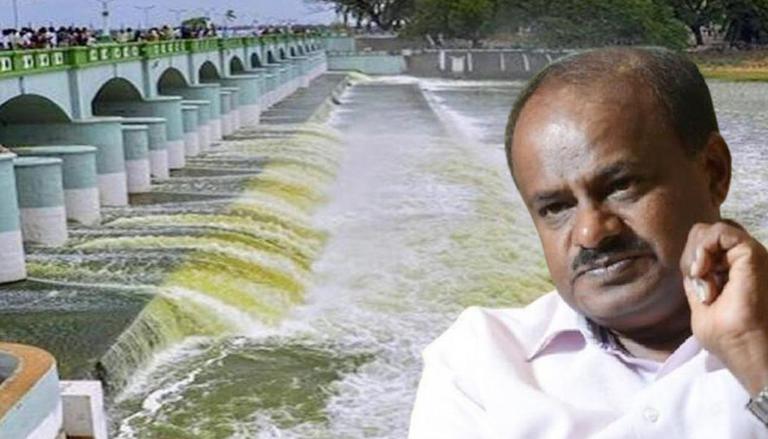 
Amid continued protests from Tamil Nadu, former Karnataka Chief Minister and JDS leader HD Kumaraswamy on Thursday backed his state over the water reservoir project. Affirming his position on the Mekedatu project, Kumaraswamy said that he is a Kannadiga first and then an Indian. The JDS leader, who was replying to BJP leader CT Ravi’s statement over the issue, said the dam is the state’s right.

Dismissing CT Ravi’s statement calling for leaders to be ‘pro-Indian' in the issue, HD Kumaraswamy said, “I do not want to play politics in the name of water and the emotional issues, but when it comes to the state, I am a Kannadiga first and then an Indian. My state issues are important to me. I do not play politics in the name of nationalism. Let him (CT Ravi) be an Indian first, Mekedatu project is our right and we have to proceed towards building the project.”

BJP national general secretary CT Ravi on Thursday had said that he was in favour of the nation when it comes to such divisive matters. “I am a pro-Indian first, drinking water should not be viewed as an emotional issue, The water must not be used for fire-fighting politics. Instead, the issue will be resolved amicably,” commented Ravi, triggering controversy in Karnataka.

Meanwhile, Karnataka CM Basavaraj Bommai on Monday said that he will be visiting the national capital soon to discuss the situation with Union Ministers. Currently, the state remains divided over the issue as leaders and ministers have picked sides in the matter. BJP’s Tamil Nadu and Karnataka units have locked horns over the building of the dam and TN leaders have announced to begin a protest against the project.

The Mekedatu reservoir-cum drinking water project is set to be constructed across the Cauvery river basin. However, the project is now facing a backlash as it has triggered a controversy between Karnataka and Tamil Nadu. The state of TN opposes the 9,000 crore Mekedatu reservoir project is due to its claims that the project will allegedly impact and control the flow of the Cauvery River water. Meanwhile, Karnataka officials claim that the project is crucial as it will meet the drinking water needs of the state capital Bengaluru that is struggling with its water supply. Major political parties in Tamil Nadu including Dravida Munnetra Kazhagam (DMK), All India Anna Dravida Munnetra Kazhagam (AIADMK) and Congress are against the building of the dam while in Karnataka the political parties are speaking with the same intention of supporting the project. CM Bommai had earlier informed that the building of the project will start despite any forms of protest against it.