Agriculture Minister BC Patil denied claims of being the frontrunner to replace BS Yediyurappa as the next Karnataka CM. Decision to be taken today. 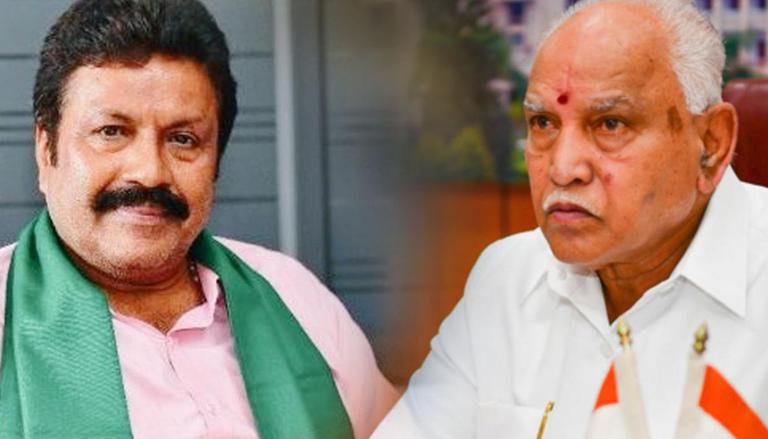 
State Agriculture Minister BC Patil on Monday denied claims that he would replace BS Yediyurappa as the next Karnataka CM. Responding to questions regarding the same, BC Patil said that he is not a ‘big man’ and will adhere to party decisions. Earlier Parliamentary Affairs Minister Pralhad Joshi had also denied claims of replacing the CM.

BC Patil was asked if he was the front runner for the CM post, to which he said ‘no’. Denying all claims of the hypothetical scenario, he said, “No no. I am not such a big man. Whatever responsibility will be given to me, I will work to the best of my abilities.” The Karnataka Agriculture Minister was being rumoured to be one of the big names suggested by BJP as a potential alternate for the outgoing CM.

There is no frontrunner: Pralhad Joshi

Earlier on Sunday, Union Minister Pralhad Joshi also denied claims of being the frontrunner for the post. Joshi informed the media that the high command has not spoken to him regarding the same. The minister said that it was the media who are saying such things and not the party. Many still believe that Prahlad Joshi is currently one of the favourites to replace Yediyurappa as CM.

Joshi’s denial comes after Karnataka Home Minister Basavaraj Bommai had met with him at Hubli on Saturday night. The meeting had further raised speculations of Joshi being the frontrunner for the position. However, Bommai denied the same and said that the meeting was regarding the flood and rescue situation in the state. Reportedly, Prahlad Joshi has been eyeing the top seat for a while.

Meanwhile, Bommai also evaded questions on him replacing the CM. Although Bommai had defended Yediyurappa to continue in power earlier, he did not deny the talks of a possible replacement on Sunday. Earlier, ahead of the all-BJP MLA meeting in Karnataka, CM Yediyurappa informed his followers of his faith in the leadership of PM Modi, Union Home Minister Amit Shah, and BJP president JP Nadda, and said that he will follow the decision of the party. The CM also urged party workers and seers to cooperate with the decisions taken regarding his future.

The question of a power change in the state rose after agitations broke out between ministers in the cabinet. Days after reshuffling his cabinet in January, BS Yediyurappa found himself in a tough spot after ministers started complaining over the portfolios provided. Senior BJP ministers, who had to let go of several key ministries to the new inductees, publicly spoke about their discomfort. Several BJP MLAs accused Yediyurappa of having an ‘authoritarian way’ of ruling. The CM was also criticised for involving his family in the affairs of the government. Following the backlash, Yediyurappa, who formed his government on August 26, 2019, with the help of 16 rebels who switched from Congress and JDS, is now being reportedly replaced.