Karnataka police have registered a case against All India Majlis-e-Ittehadul Muslimeen (AIMIM) leader Asaduddin Owaisi along with his 300 party workers. 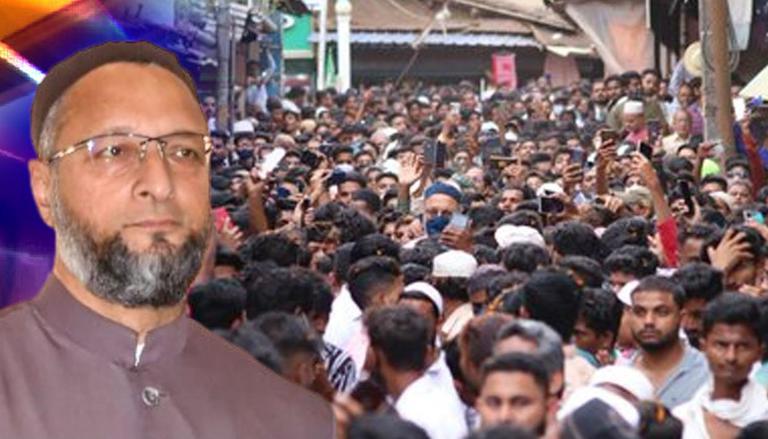 
Karnataka police have registered a case against All India Majlis-e-Ittehadul Muslimeen (AIMIM) leader Asaduddin Owaisi along with his 300 party supporters during a political rally in Karnataka's Belagavi district on Tuesday, August 31. The Belagavi market police booked the AIMIM chief and around 300 party workers for not following the COVID-appropriate measures. Both the AIMIM leader and his supporters were found taking part in a mass gathering without wearing masks and not following social distancing norms. The huge rally in the Belagavi district was being held in support of two candidates, who were contesting the municipal election.

Assaduddin Owaisi, along with his 300 party workers booked for violating COVID protocols

The MP from Hyderabad was present in Karanataka's Belgravia district on August 30, as he had come to support and address a meeting in the Karnataka's Belagavi area. After the local cops found that almost no one in the rally was wearing a mask or following any COVID-19 appropriate protocol, the police came into action and booked as many as 300 AIMIM party workers, along with Owaisi and the other two local leaders who were the candidates for contesting the municipal corporation election. Notably, the case was registered after a nodal officer for COVID-19, Sripad Kulkarni, complained to the local police of Belagavi city. Everyone present at the rally was booked under the Karnataka Epidemic Diseases Act and the Disaster Management Act for violating COVID-19 rules. The rally was held on August 30, at Darbar Gali in Belagavi city.

This year the Belagavi district is having a municipal corporation election in the district headquarters town. Belagavi city, which shares a border with Maharashtra in North Karnataka, will be holding elections for 58 wards. The voting is scheduled for September 3 and the result will be declared on September 6. It is to be noted here that the main fight in this election is between the Congress, BJP, and Shiv Sena alliance-Maharashtra Ekikaran Samiti. While, AIMIM, Aam Aadmi Party, and Janata Dal (Secular) have also fielded their candidates. The BJP has 56 candidates. Congress 49, AAP-28, JD (S)-2, and AIMIM will be contesting only six seats.