'Another Syria in the making?' | Kerala BJP Accuses PFI's Political Wing SDPI Of Pasting 'I Am Babari' Stickers On Kids

The Kerala BJP on Monday accused the SDPI, the political outfit of Popular Front of India, of 'forcefully' pasting the "I am Babari" sticker on the students. 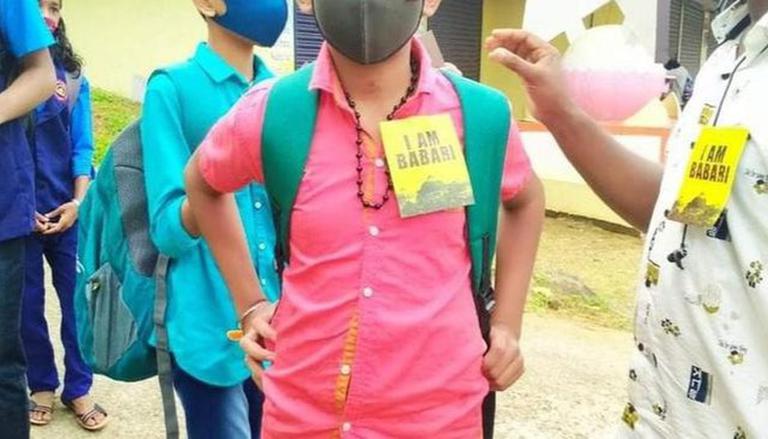 
The BJP on Monday accused the Social Democratic Party of India (SDPI), the political outfit of Popular Front of India, of 'forcefully' pasting the "I am Babari" sticker on the students of St George High School in Kottangal of Kerala's Pathanamthitta district. Kerala BJP President K Surendran called the action condemnable and questioned why Chief Minister Pinarayi Vijayan is silent.

"Is Kerala another Syria in the making? The SDPI is forcefully pasting "I Am Babari" sticker on the students of Chungappara St. George School in Kottangal Panchayat, which is ruled by the
@CPIMKerala - SDPI alliance. Why is CM  @vijayanpinarayi silent?  Condemnable.@AmitShah," the BJP leader said.

Notably, on this day, 1992, Babri Masjid in Uttar Pradesh was razed, triggering riots across the country which resulted in the death of around 2,000 people. In November 2019, the Supreme Court ordered the mosque site to be handed over a trust to build a Hindu temple and gave an alternative five-acre plot to build the mosque.

The Popular Front of India has been in news for the past few weeks. Last month, Bharatiya Janata Party had accused the organisation of killing an RSS worker Sanjith in the state. Kerala BJP chief had said, "Everyone must be aware of two brutal killings by PFI, the Islamic terror outfit in Kerala. As per an autopsy, more than 36 wounds by sharp weapons were on Sanjith's body. PFI is behind the murder. Kerala Police was a mere spectator and could not do anything."

Union Minister Rajeev Chandrasekhar also echoed Surendran. "An RSS and a BJP worker died. This is not a political issue, radical elements are roaming very comfortably. We have requested the Home Minister to pay attention to this," he had said.

On November 31, Kerala Police had also raided PFI's office in Kollam as per Republic Media Network sources, more than 100 people were being trained by PFI at its Karunagapally office. While no weapons were recovered, cops found thick mattresses which were allegedly used for training.

The RSS worker was hacked to death in the Palakkad district on November 15. The decease was waylaid and charged when he was travelling with his wife on a motorbike.