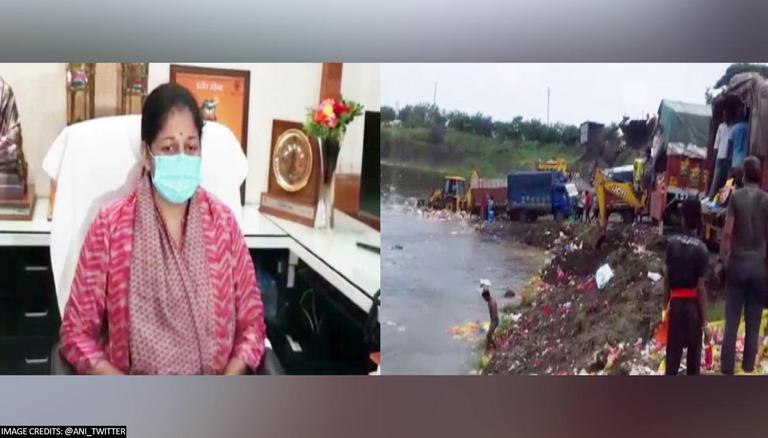 
Taking strict action against those who were seen throwing idols of lord Ganesha from dumpers into a water body, Madhya Pradesh Municipal officials on Tuesday, September 21, terminated the service of nine employees and suspended two. Earlier on Tuesday, Congress leader Digvijaya Singh had heavily criticised the actions while sharing a video of the same. The Indore Municipal Corporation (IMC) also lodged a complaint with police against nine employees.

MP | Service of 9 employees terminated, 2 suspended after a video went viral in which they were seen throwing idols of lord Ganesha from dumpers into a water body: Pratibha Pal, Municipal Commissioner, Indore City pic.twitter.com/jm0G5ovGud

Congress leader asks 'Is this religion?'

While sharing the video of the wrongful actions, Congress leader Digvijaya Singh tweeted in Hindi- 'Is this religion? Should we immerse those whom we worship with faith in this way?

Madhya Pradesh Congress leader Sanjay Shukla posted a video demanding action against officers responsible for the mess and also FIR against them.

The festival of Ganesh Chaturthi marked the last day of the 10 day festival on September 19. The popular festival was not celebrated with its regular pop and show due to the COVID-19 restrictions, for a second consecutive year. With COVID-19 guidelines in place, people celebrated the Ganesh Chaturthi as a total of 466 idols of Lord Ganesh and Goddess Gauri were immersed till afternoon in waterbodies of Mumbai.

Madhya Pradesh Chief Minister Shivraj Singh Chauhan while extending his wishes to the Nation on Ganesh Mahotsav at the beginning of the festival had appealed to the citizens to follow the COVID-19 protocols as the pandemic is not over yet. However, the Chief Minister at the same time said that to celebrate the festival but cautiously. “A large number of corona positive cases are being found in many states of the country. Due to this, some deaths are also taking place. That is why we should celebrate the Ganesh festival by following the rules to prevent infection of Covid," added the MP CM.