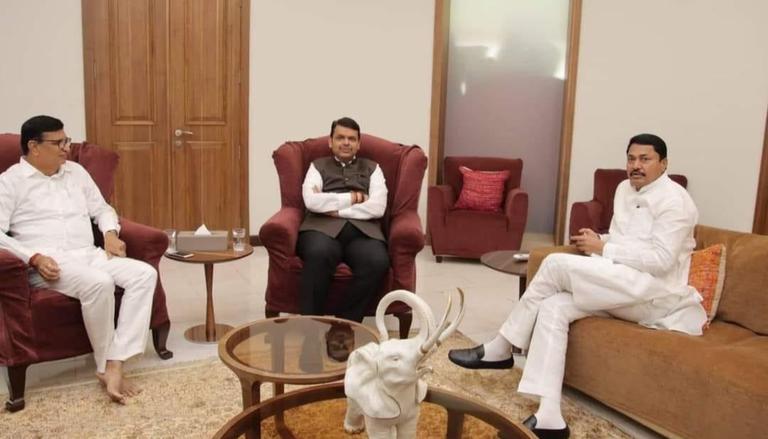 
Clearing the way for Congress' Rajni Patil's election to the Rajya Sabha, BJP candidate Sanjay Upadhyay withdrew his name for the lone Maharashtra Rajya Sabha seat by-polls. Updhayay said, "Being an obedient party worker, I am following the decision of our leaders", after withdrawing his candidature. RS bypoll will be held in Maharashtra's lone seat which fell vacant with demise of MP Rajeev Satav.

Last week,  Congress state president Nana Patole and Revenue Minister Balasaheb Thorat met Devendra Fadnavis to request him to withdraw the BJP candidate for the bypolls. Irking its allies, Congress requested Fadnavis to do so, so that Patil can be elected unopposed. Fadnavis had allegedly agreed to do so if the suspension of 12 BJP MLAs was revoked.

For the Maharashtra bypoll, Congress president Sonia Gandhi has approved the candidature of AICC Jammu and Kashmir in-charge Rajni Patil. She was previously elected to the Rajya Sabha in 2013 after the demise of former Maharashtra Chief Minister Vilasrao Deshmukh and remained an MP till April 2, 2018. On the other hand, BJP had fielded its Mumbai unit's general secretary Sanjay Upadhyay.

Only MLAs will be allowed to vote in the RS by-elections. While Patil is expected to win the election comfortably as the MVA has a majority in the Lower House, her term will expire on April 2, 2026. At present, BJP is the single-largest party in the Maharashtra Assembly with 106 seats whereas the ruling coalition has 171 MLAs. Overall, six Rajya Sabha seats go to polls on October 4 - one each in West Bengal, Assam, Maharashtra, Madhya Pradesh and two in Tamil Nadu.