For the first time since the Nandigram battle, the Leader of the Opposition in West Bengal, Suvendu Adhikari paid a visit to Chief Minister Mamata Banerjee. 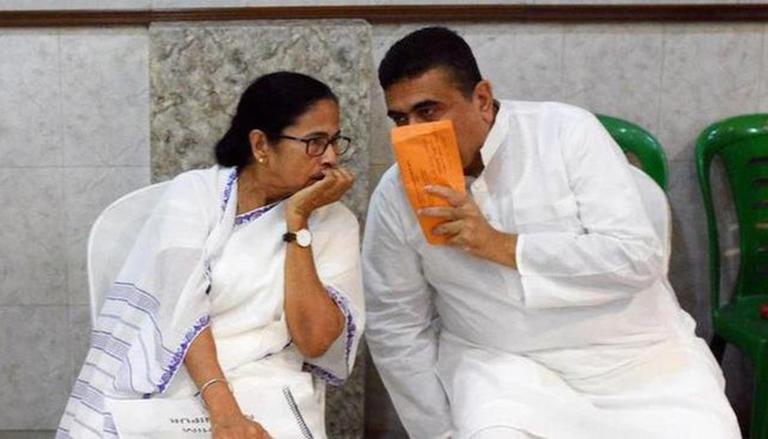 
For the first time since the high-voltage Nandigram battle, Leader of Opposition in West Bengal Suvendu Adhikari paid a visit to Chief Minister of the state Mamata Banerjee on Friday. Adhikari, accompanied by two other BJP MLAs Agnimitra Paul and Manoj Tigga, met Banerjee in her room in the Vidhan Sabha.

After the meeting, CM Banerjee said, "I called Suvendu for tea. The Leader of Opposition in the state answered the call."

Meanwhile, LoP Adhikari said, "I had a 3-4 minute-long courtesy meeting with CM Mamata Banerjee. However, I did not consume tea." He further said, "Contesting from Nandigram was not a personal fight against Mamata (Banerjee) Ji, but a political and ideological fight."

The main attraction in the West Bengal elections was hands-down the battle for power in Nandigram. Though the CPM had also fielded Minakshi Mukherjee from the region, the face-off, which had the undivided attention of the nation right from the beginning, involved the Chief Minister of West Bengal and her former lieutenant Suvendu Adhikari.

Banerjee first created a name for herself in politics during the 1980s by defeating the late Somnath Chatterjee from Congress’ ticket in Nandigram in the Lok Sabha elections. Later, when she came up with Trinamool Congress, she picked up the land acquisition issue in Nandigram in 2007 and managed to oust the CPM from power within 4 years.

However, eventually, she chose Bhabanipur as her fort, and left Nandigram to the Adhikaris, only to meet him and fight for the region in the battleground of power in 2021. Suvendu, described as a 'heavyweight' leader, had quit the Trinamool in the run-up to the elections, allegedly not satisfied with being sidelined by the CM's nephew and MP Abhishek Banerjee and Prashant Kishor, Trinamool's poll strategist.

Earlier reports of the nail-biting contest showed Adhikari trailing by 1200 votes, but the tides turned in his favour making him victorious by over 1900 votes.