A 40-year old Engineer alleged that the cops took him to Maharashtra Minister Jitendra Awhad's bungalow instead of the police station, where he was thrashed.

A 40-year old Civil Engineer, Anant Karmuse, residing in Thane’s Ghodbunder Road alleged that on midnight on Sunday, the cops took him to Maharashtra Minister Jitendra Awhad's bungalow instead of the police station, where his men reportedly thrashed him brutally for allegedly posting a morphed photo.

Kurmuse filed a FIR accessed by Republic TV which stated that he was beaten with a bamboo stick and belt in front of the minister at his bungalow.

Speaking to Republic TV, Anant Karmuse says, “The alleged incident took place on Sunday when Prime Minister Narendra Modi had asked people to light diyas or torch to show a "collective resolve" against Coronavirus. I had posted a photo morphed with Mr. Awhad's face and a lit-up match stick with a caption, "I protest against the person who has edited the photo."

Further, he said, “On Sunday night, two policemen came to my house and said that they wanted to take me to the police station as their superior wanted to enquire about some case. And so I left with them but later they said that they are taking me to Jitendra Awhad’s bungalow. By the time we reached there, eight to ten goons of the minister were present while one of them called Jitendra Awhad and informed him that I was brought to his bungalow and they thrashed me with lathis, belt, and bamboos after which the stick broke, in front of the ministers and police personnel”. 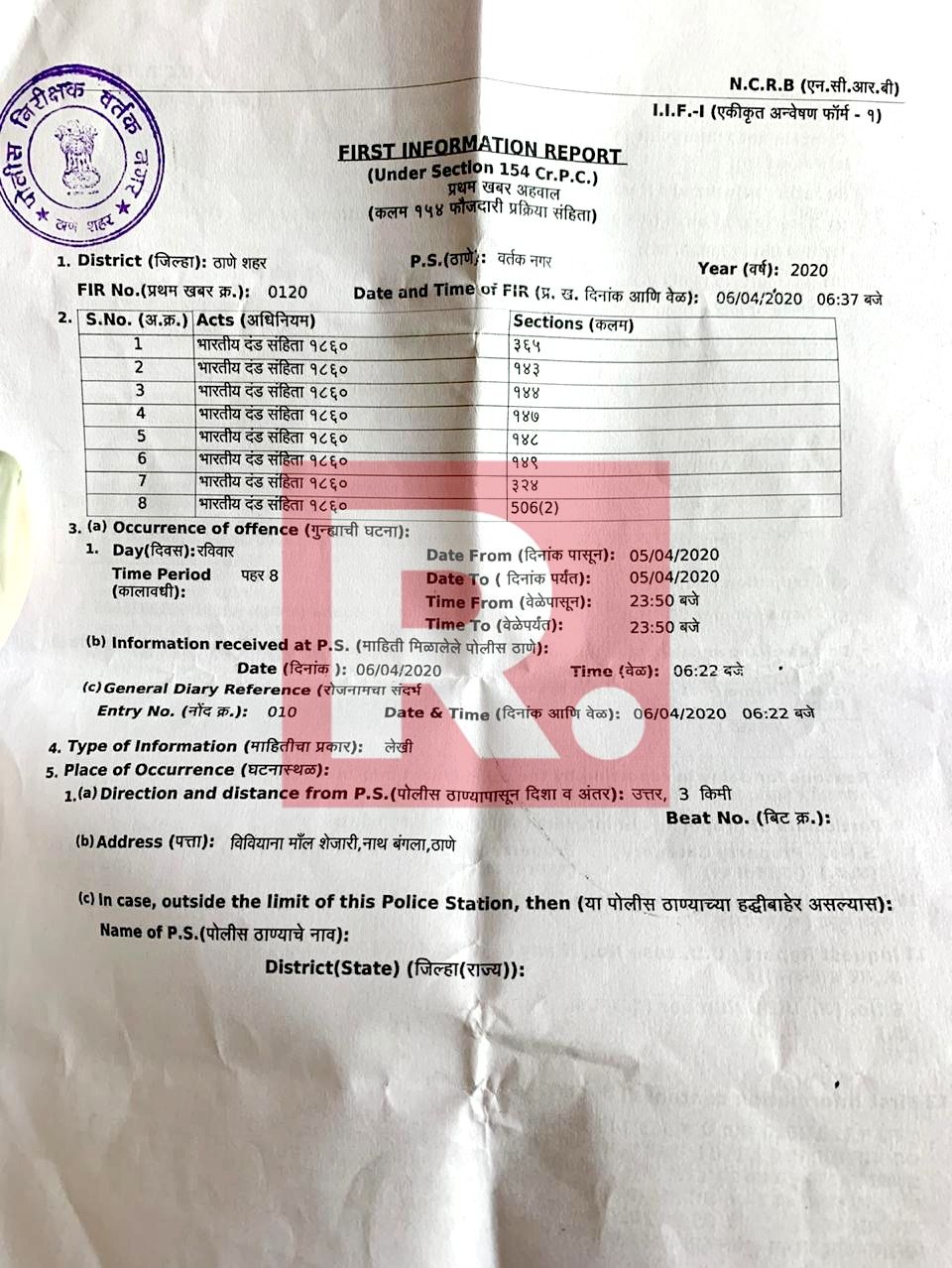 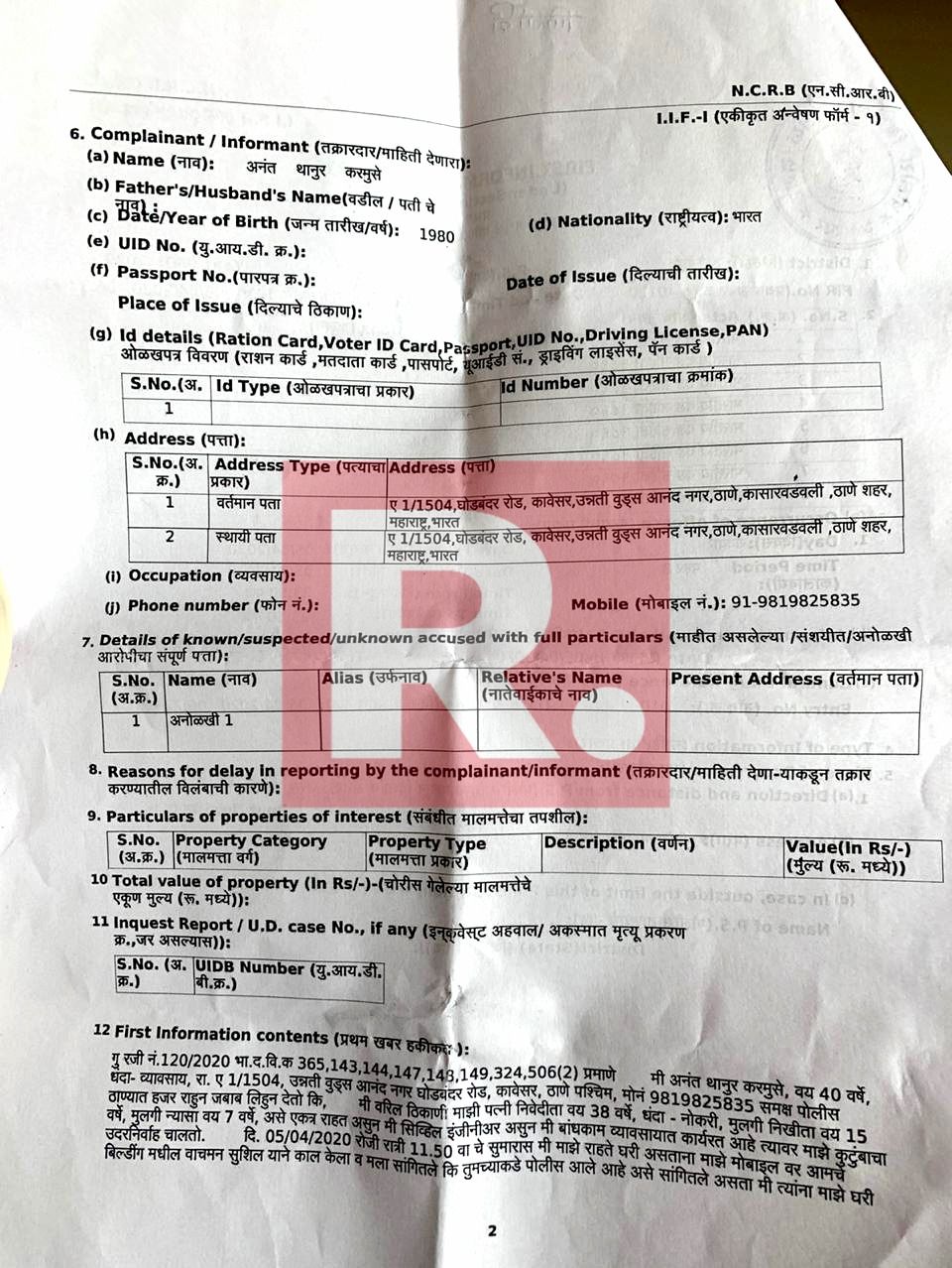 Read: "Up To The States to Decide what Would Work For Them': Kerala CM Pinarayi Vijayan On Covid

Jitendra Awhad took to Twitter, posting a screenshot of a photo that was morphed and said, "Do you support this pervert. Will you tolerate this done against you or your family member. I don't support lawlessness."

Leader of Opposition in Maharashtra Assembly Devendra Fadnavis on Tuesday demanded the removal of Jitendra Awhad from the state cabinet for the alleged assault on the engineer.

Former Chief Minister Devendra Fadnavis tweeted, “This is a serious incident where private bodyguards of a minister beat up a civilian by bringing him to his home. The minister was present when the man was being thrashed”.

Also, BJP vice president Vinay Sahasrabuddhe said he has taken up the matter with the Thane police chief and sought action against those involved in the alleged assault.

"I spoke to the Thane police commissioner over the phone from Delhi about this extraordinary aggravating factor in Thane. The police have promised action, but the critical point is that those who should be guarding the law are taking the law into their hands," the Rajya Sabha member said.

He tweeted that he also spoke to Maharashtra Governor Bhagat Singh Koshyari on this issue.