Many people were hurt in the Kanpur violence incident cafter groups of people started hurling bombs and stones at each other over alleged insulting remarks. 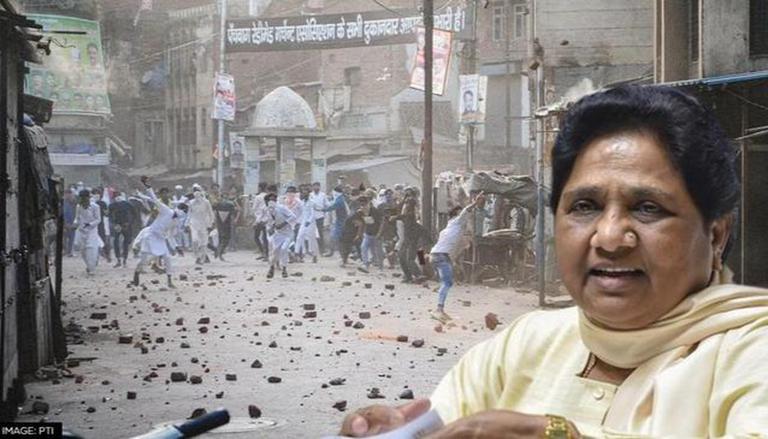 
In the wake of the clashes in Kanpur on Friday, Bahujan Samaj Party (BSP) supremo Mayawati expressed concerns over the violence and stated that such an incident happening during the visit of the Prime Minister and the President is very "sad, unfortunate and worrying." Notably, PM Modi and President Ram Nath Kovind were in Uttar Pradesh on Friday when the clashes erupted between two communities in the Kanpur region.

Tweeting about the clashes, the BSP chief condemned the riots and violence that broke in Kanpur during the PM and President's presence in the state and further called it a "failure of the police intelligence." Furthermore, calling out the ruling BJP government in Uttar Pradesh, she added, "The government has to understand that in the absence of peace and order, how is investment and development possible in the state?"

In a separate tweet, Mayawati further asserted that the government should take strict legal action against the culprits by rising above "religion, caste, and party politics" and demanded to conduct an independent and impartial high-level inquiry so that such an incident is not repeated in the further. Mayawati also appealed to the people to refrain from provocative speeches in order to maintain peace and order.

Uttar Pradesh's Kanpur witnessed clashes on Friday in the wake of controversy that erupted following the derogatory religious remarks allegedly made by BJP national spokeswoman Nupur Sharma. In the clash that broke out in the Becongunj area of Kanpur on June 3, thousands gathered after Friday prayers and started pelting stones. As per reports, more than ten police personnel from the Kanpur's Collector Ganj area were severely injured during stone-pelting. Now, Kanpur Police Commissioner has announced that the properties related to the rioters will be seized or demolished.

Those who allegedly forced traders to shut shops also clashed with police personnel who then used batons to disperse the mob.

In the meantime, 18 people have been arrested so far in connection to the case, while heavy police forces have been deployed in the affected areas and additional reinforcement has been also sought by the police.

Speaking about the escalations in the situation, a police official informed that some local leaders, including Maulana Mohammed Ali (MMA) Jauhar Fans Association chief Hayat Zafar Hashmi, had called for the closure of shops on Friday in protest against the "insulting" remarks. They had also taken out a procession during which they confronted members of another community following which the clash broke out.