After visiting local delegations in Jammu, ex-J&K CM Mehbooba Mufti lambasted the administration saying that the area had seen no development since Aug 5 2019 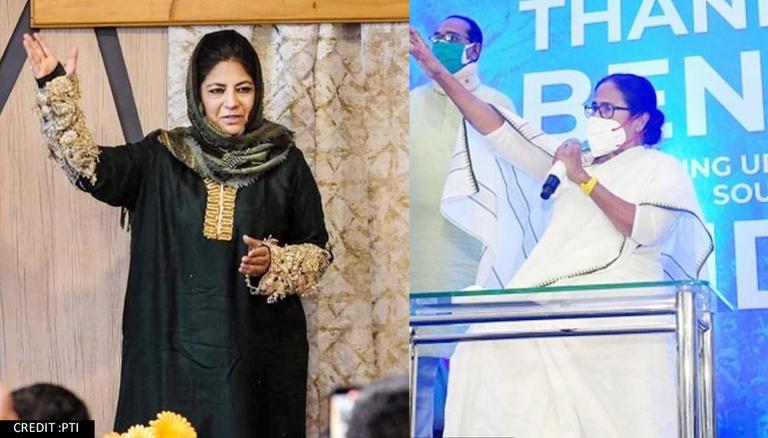 
After visiting local delegations in Jammu, ex-J&K CM Mehbooba Mufti lambasted the administration saying that the area had seen no development since the revocation of Article 370. Echoing Trinamool's 'Khela Hobe' she said that Jammu too will soon witness it but vowed to not contest elections till J&K constitution is restored, at a press conference in Jammu. Mufti alleged that BJP had turned the 'city of temples' (Jammu) to 'city of wine'.

"I met various delegations in Jammu and we were told Jammu-Kashmir will see development and will be like heaven after the abrogation of 370 and 35A, but difficulties have increased. When the people of J&K decided to go with India, Maharaja said that some laws which are to protect identity will remain. But now they want to loot J&K. They want to make city of temples to city of wine," said Mufti.

When asked if she will become CM again, Mufti declined with a gesture. She said, "We have many capable leaders in the party. We are not rejecting the democratic process, I took oath on J&K Constitution and took both flags. Till the time, J&K and Indian Constitution remain together, I will not fight elections. With the policies which BJP  is following, people are feeling threatened. Khela Hobe will happen here also".

After the meeting all J&K politicians stated that the meeting was a good first move in restoring normalcy to J&K. But later, on July 5, taking a U-turn, the Gupkar Alliance issued a statement saying that it was disappointed with the outcome of the Delhi meeting as it had no substantial measures. The alliance said that neither had political prisoners been released, nor was the siege which has been in Kashmir since 2019 ended. It maintained that any assembly election must be held only after the restoration of full statehood for J&K and will reach out to other political parties in J&K with a view to take a common position on the issue.