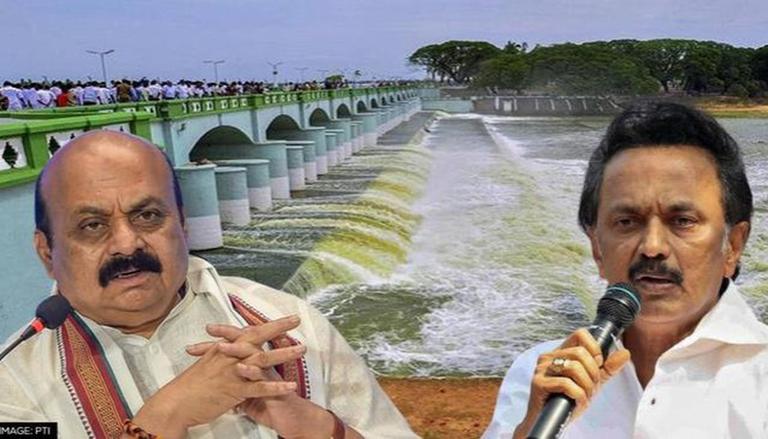 
Karnataka Chief Minister Basavaraj Bommai on Tuesday slammed the Tamil Nadu government over its letter to Prime Minister Narendra Modi seeking his intervention to restrain the Cauvery Water Management Authority (CWMA) from discussing the Mekedatu project in its meeting on June 17.

Calling it "illegal" and "against the federal system", Bommai said that the neighbouring state's demand does not have any "locus standi" and that the Centre will not consider it.

"Tamil Nadu government is trying to raise the issue of Mekedatu again. Whatever they are doing is against the law and against mutually agreed terms. They are daring to misuse our water. We did not plan this project to snatch the rights of Tamil Nadu's share of water. We are implementing this project on our water share and on our land. Almost all our processes are complete and 15 meetings were held on the issue. How come they did not raise any objection that time?" the CM told reporters today.

CM Bommai also dubbed the move a "political stunt" by the MK Stalin-led government. "This is nothing but a political stunt. Tamil Nadu has always played politics on issues related to Cauvery. Their demand has no local standi and will not be considered by the Centre," he said.

Meanwhile, Karnataka Congress leader DK Shivakumar also waded into the controversy, saying Tamil Nadu is politicising the entire issue. He further appealed the Karnataka government to raise the matter with PM Modi for a solution.

Stalin said the scope of the functioning of the CWMA is limited to implementing the Supreme Court's verdict on the Cauvery issue and it cannot consider any other subject. He also highlighted that the matter is sub judice and Tamil Nadu's petitions in this regard are pending before the apex court.

"Regarding the Mekedatu project, the Central Water Commission (CWC), while receiving our DPR, had put a condition that it has to be approved by the Cauvery Water Management Authority, and accordingly it is now before the Board (CWMA) and several meetings have taken place," Bommai said.

Speaking to reporters here, he said, when the matter is coming up before the Authority "for a finality", the neighbouring Tamil Nadu is creating issues