IUML moved the apex court pursuant to the recent notification by the Ministry of Home Affairs that sought applications for citizenship from non-muslim refugees. 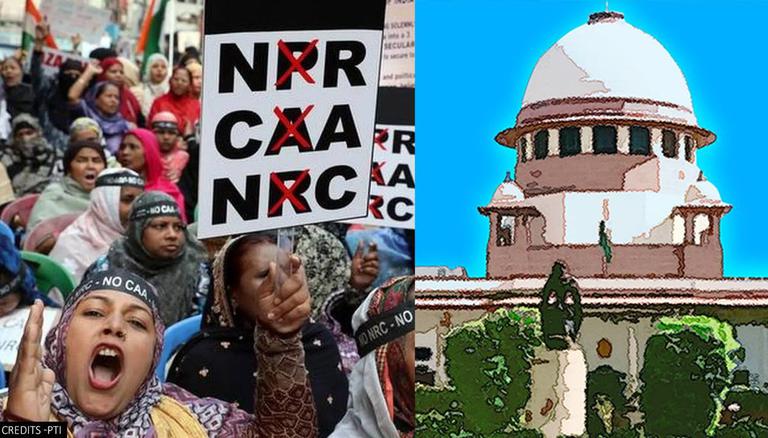 
The Indian Muslim League (IUML), a Congress party's ally in Kerala, has moved the Supreme Court to challenge the controversial decision formulated by the PM Modi-led government to grant citizenship to persecuted minority refugees from Afghanistan, Pakistan, and Bangladesh envisaged under Citizenship Amendment Act (CAA), 2019.

IUML moved the apex court pursuant to the recent notification by the Ministry of Home Affairs that sought applications for citizenship from non-muslim refugees. They intend to seek directions from the Supreme Court to halt the Central Government's decision to provide citizenship to persecuted minorities of neighbouring countries. IUML has approached the top court with a petition against the CAA.

On Friday, the Centre via a circular had called on persecuted minority refugees from Afghanistan, Pakistan, Bangladesh and residing in 13 districts of Gujarat, Rajasthan, Chattisgarh, Haryana and Punjab to apply for citizenship of India. It is hard to ignore the circular issued by Home Ministry which did not mention refugees in West Bengal and Assam where CAA was continually brought up during state assembly elections.

In an application filed before the apex court, IUML inculpates the Centre of reneging its assurance to the court where the Centre claimed that staying of the CAA was not necessary as the rules of the CAA had not been framed.

The MHA issued a notification for immediate implementation of the order under the Citizenship Act 1955 and Rules framed under the law in 2009 albeit the rules of CAA, 2019 are yet to be framed.

The petition before the SC states,"However, the Respondent Union, in a roundabout way, and in an attempt to circumvent the assurance given to this Hon’ble Court, have sought to implement their mala fide designs envisaged under the Amendment Act through the recently issued order dated 28.5.2021."

IUML termed these orders illegal and said that if the Centre's notification was implemented and citizenship was granted to a person basis religion and thereafter if the SC strikes down CAA and rules granting citizenship on the same criterion of religion is declared void, it would be impossible to implement the order.

In the petition, IUML states, "CAA, 2019 ..... for being in violation of Articles 14, 15 and 21 and the basic structure of the Indian Constitution for discriminating among persons on the basis of their faith and religion."

It adds, "The concept of granting citizenship to persons on the basis of religion was introduced vide the Citizenship Amendment Act, 2019 and the impugned order and rules as challenged in the present writ. The said act is against Articles 14, 15 and 21 of the Constitution and violative of the basic structure of the Constitution."

“In exercise of powers conferred under Section 16 of the Citizenship Act, 1955 (57 of 1955), the central government hereby directs that powers exercisable by it for registration as a citizen of India under Section 5, or for grant of certificate of naturalisation under section 6 of the Citizenship Act 1955 in respect of any person belonging to the minority community in Afghanistan, Bangladesh and Pakistan namely, Hindus, Sikhs, Buddhists, Jains, Parsis and Christians, residing in the districts mentioned and the states mentioned below,” the MHA notification read.