Union Home Minister Amit Shah congratulates Bhupendra Patel for being elected as Gujarat’s next Chief Minister. He is the MLA of the Ghatlodiya district. 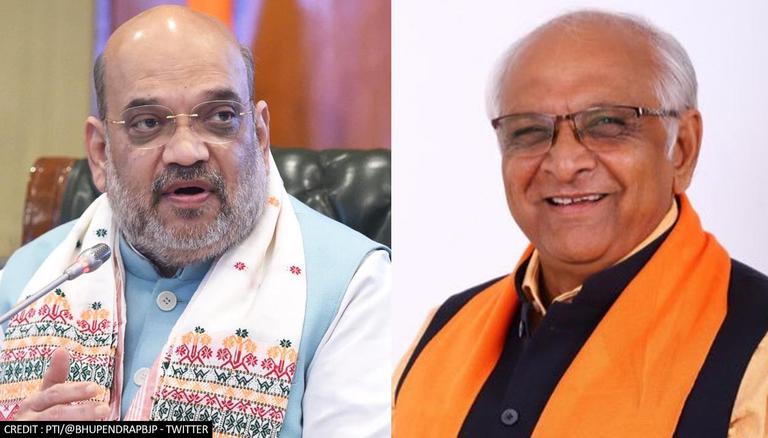 
Union Home Minister Amit Shah congratulated Bhupendra Patel for being elected as Gujarat’s next Chief Minister. He said in a tweet, “Hearty congratulations and best wishes on being elected the leader of the legislature party.”

Bhupendra Patel is a Member of the Legislative Assembly from Gujarat's Ghatlodia constituency and was chosen as the new Chief Minister of Gujarat on Sunday. The news was announced by Union Minister Narendra Singh Tomar and the new Gujarat CM was also announced by the BJP during its core committee meeting held at Kamalam.

Earlier on Saturday, Gujarat’s previous Chief Minister Vijay Rupani handed over his resignation. Ghatlodiya MLA Bhupendra Patel was a strong candidate to replace him as he had won his seat by a margin of 117,000 votes in 2017, which was the largest victory in the assembly elections.

The next assembly polls in the state of Gujarat are scheduled to be held in 2022. Rupani was sworn in as the Chief Minister of Gujarat on August 7, 2016. He is the MLA of Gujarat's Rajkot West district. In the 2017 state election, the BJP won 99 of the state's 182 Assembly seats, while Congress got 77 seats.

Why did Vijay Rupani resign?

Rupani is not the only BJP chief minister to be replaced this year as Karnataka and Uttarakhand Chief Ministers also endured a similar fate. After submitting his resignation, Rupani spoke to the reporters and said that there was a constant shift of responsibilities in the party from time to time, which he respects.

He said, "I was allowed to serve the state for five years. I have contributed to the development of the state. I will further do whatever is asked by my party. In BJP, there has been a tradition that responsibilities of party workers change from time to time. I will be ready to take whatever responsibility that the party will give me in the future."