AIMIM chief Asaduddin Owaisi on Tuesday accused the government of politicising the all-party meeting on the Sri Lanka crisis by raising "unrelated issues" about finances of Indian states. 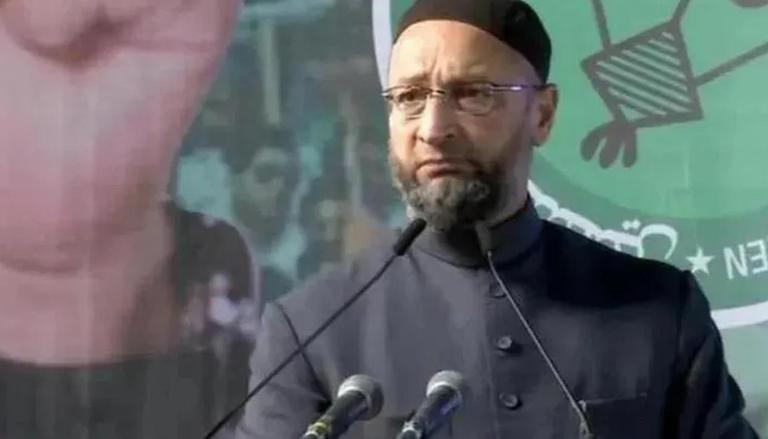 
AIMIM chief Asaduddin Owaisi on Tuesday accused the government of politicising the all-party meeting on the Sri Lanka crisis by raising "unrelated issues" about finances of Indian states.

A presentation by the Union finance ministry on the financial health of states during the all-party meeting saw some regional parties such as the YSR Congress, the Telangana Rashtra Samiti (TRS) and the Dravida Munnetra Kazhagam (DMK) raising objections, according to sources.

Confirming the objection raised by Opposition parties, Owaisi alleged that the government used the meeting to raise "unrelated issues" about the finances of Indian states.

External Affairs Minister S Jaishankar in his initial remarks said that there's a “misinformed campaign" and comparison between India and Sri Lanka, Owaisi said and asked if that was the case then why did the Department of Economic Affairs have to make a presentation.

"Many opposition parties opposed this politicisation," the All India Majlis-e-Ittehadul Muslimeen (AIMIM) chief said in a series of tweets.

"I cited a report from May 24 that clearly indicated an impending fiscal crisis in Sri Lanka. I asked what the Modi government was doing to help Sri Lanka was too little, too late. The government denied it but a request was made by Gotabaya (Rajapaksa), he'd in fact tweeted about it too," Owaisi said and also posted a link to a media report on it.

The Lok Sabha MP said if Sri Lanka wants an IMF facility of USD 4.6 billion, asking why let the US take control as India has enough reserves to invest in such a facility.

"We have our own experts, including IAS officers (current and former) who have worked in IMF and can organise this for us. The government must see what's playing out in Sri Lanka as part of the US-China rivalry. We shouldn't allow Sri Lanka to become a pawn," he said.

Owaisi also stressed that India should not ignore the risks of ethnic tensions.

Muslims and Tamils weren't part of the previous government and not of the current one either, he noted.

The consequences of ethnic tensions heating up in Sri Lanka will be felt in Tamil Nadu too, Owaisi said.

"Did Gotabaya Rajpaksa want to come to India and was refused by GoI? If yes, why? Did the NSA facilitate his flight to Maldives & then Singapore?" he said in another tweet.

The government has said that there aren't any refugees coming from Sri Lanka but what if they start streaming in later, he asked.

"Doesn't the govt agree that we need a refugee policy? What will the government do? How many can we accommodate?" Owaisi said.

"I'd asked if it was true that the Renewable Energy project in Northern Mannar district of Sri Lanka was given to an Indian company on @PMOIndia's insistence?" he said.

Noting that Lanka is in this mess because Gotabaya Rajapaksa suppressed data, Owaisi asked will the Prime Minister's Office here release data on job loss and child labour.

Jaishankar on Tuesday briefed the leaders of all major political parties about the situation in Sri Lanka ravaged by economic turmoil and the assistance being provided by India.

At the meeting attended by the representatives of 28 political parties, two presentations were made -- one by Foreign Secretary Vinay Mohan Kwatra on the Sri Lankan crisis and its political implications and another by Economic Affairs Secretary Ajay Seth on the fiscal health of all the Indian states.

During the meeting, finance ministry officials spoke of certain states' budgeted and non-budgeted borrowings to underline their fiscal stress, prompting regional parties to say that this was a platform to discuss the Lankan crisis and not the fiscal condition of states.

Some leaders claimed that the Centre's GDP to borrowing ratio is higher than any state.

Government sources said the presentation was made to underscore bad consequences of fiscal imprudence and freebies.

In his comments to the media after the meeting, Jaishankar said lessons from Lanka are very important.

"They are of fiscal prudence, responsible governance and there should not be a culture of freebies," he said.

The presentation said that some states have large outstanding guarantees which could pose a threat if invoked.

Citing data, it said the average committed expenditure to revenue receipt of all states is 56 per cent while this is over 75 per cent in Punjab, Kerala and Uttarakhand.

Owaisi said he strongly associates with YSR Congress and the TRS on the alleged "injustice" that has been meted out to Andhra Pradesh and Telangana by the Modi government.