Owaisi Demands To Know If Centre Used Pegasus To Snoop, Says 'hacking Is A Crime' 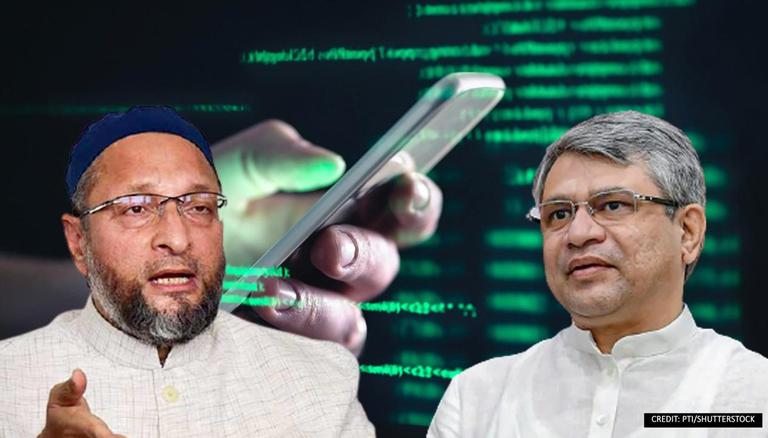 
Pulling up the Centre for allegedly spying upon 300 citizens via Israeli spyware Pegasus, AIMIM Asaduddin Owaisi on Monday, demanded that the government clarify if it used the NSO spyware - Pegasus. Reminding that Pegasus was used for hacking which was a crime, the Hyderabad MP also asked if the government targetted specific people named in news reports. Like Owaisi, other major Opposition parties like RJD, Shiv Sena, CPI and Congress have demanded answers from the Centre over the allegations of snooping upon citizens via Pegasus.

Owaisi asks "Did GOI use Pegasus?"

#Pegasus use is hacking, not “authorised interception” or tapping. Hacking is a crime, whether it’s done by individuals or govt

Govt has to expressly disclose or deny only 2 things:
1 Did you use NSO spyware or not?
2 Did you target specific people named in news reports? 1/2

On Sunday night, Centre issued a rebuttal rubbishing the report that the Indian government allegedly spied on over 300 citizens, including 40 journalists via Israeli spyware Pegasus. Asserting that India was committed to free speech, Centre claimed that the questionnaire sent to it was 'founded on pre-conceived notions' and that Centre's RTI response to the use of Pegasus was itself sufficient. The Centre explained that interception, monitoring and decryption is approved by the Union Home Secretary as per IT rules 2009 which ensures that any such procedure is done as per the law. Calling the report a fishing expedition, the Centre reminded that similar allegations were made regarding the use of Pegasus on Whatsapp which were categorically denied by all parties including Whatsapp in the Supreme Court.

A report by sixteen media houses claimed that 300 verified Indian mobile telephone numbers were allegedly spied upon using Israeli surveillance technology firm Pegasus - which only has 36 vetted governments as its clients. As per the leaked database of Pegasus, numbers of those allegedly spied upon include over 40 journalists, three major opposition figures, one constitutional authority, two serving cabinet ministers, current and former heads and officials of security organisations and businessmen. The target also includes the eight activists currently accused of the Bhima Koregaon case. The report claims that the leaked numbers mainly belong to ten countries - India, Azerbaijan, Bahrain, Hungary, Kazakhstan, Mexico, Morocco, Rwanda, Saudi Arabia and the United Arab Emirates.

A similar hack had been revealed in 2019 when WhatsApp revealed that Indian journalists and human rights activists were among those globally spied upon by unnamed entities using an Israeli spyware Pegasus. WhatsApp said it was suing NSO Group, an Israeli surveillance firm, that is reportedly behind the technology that helped unnamed entities' spies hack into phones of roughly 1,400 users spanning across four continents and included diplomats, political dissidents, journalists, and senior government officials. While Whatsapp has not revealed on whose behest this hacking has happened, Centre had sought Whatsapp to explain the kind of breach and what it is doing to safeguard the privacy of Indians. Later in the Supreme Court, WhatsApp denied the allegations that its data can be hacked.

READ | What is Pegasus Spyware? What does it do? All you need to know about the Israeli spyware
READ | Centre responds to the ‘Pegasus Project’ report, terms it as a ‘fishing expedition’
First Published: 19th July, 2021 15:13 IST