Owaisi Gears Up For 2022 UP Polls; Will Tour State In Jan Starting With PM's Constituency 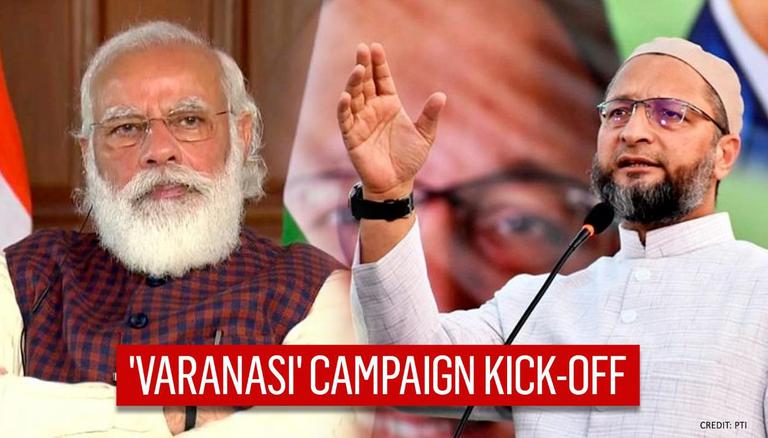 Gearing for the 2022 Uttar Pradesh polls, sources reported on Wednesday that AIMIM chief Asaduddin Owaisi will be visiting several districts in the state in January - starting from PM Modi's constituency - Varanasi. Sources report that Owais will be visiting several districts such as Varanasi, Azamgarh, and Purvanchal areas along with ally - Suheldev Bharatiya Samaj Party chief Om Prakash Rajbhar in January, to gauge the public's mood. The state's next elections will be held in the month of February-March 2022.

Owaisi to visit Varanasi in January

On Monday, AIMIM declared its first candidate - Dr Abdul Manan - for the 2022 Uttar Pradesh polls. Manan - an eye surgeon by profession - has been fielded by AIMIM for the Utarauli Vidhan Sabha seat in the Balrampur district. Manan had joined AIMIM after leaving the Peace party.

Recently, AIMIM has had a good record, managing to win 5 of the 20 seats it contested in 2020 Bihar state polls. Moreover, it also managed to retain 44 seats in the high-octave Hyderabad civic polls, which had seen BJP throw its entire poll machinery into making inroads into the elusive south. While several Opposition parties have accused Owaisi of being a 'vote-cutter' and 'BJP's B-team', the Hyderabad MP ahs contested saying, "It is my fundamental right of my party to contest for elections - to provide a better alternative to BJP".

Moreover, AIMIM has also announced it will contest for the 2021 West Bengal polls too. Responding to West Bengal CM Mamata Banerjee who has levelled a massive 'money charge' against the AIMIM and accused it of colluding with the BJP, Owaisi reminded that the Chief Minister was part of the NDA under Atal Bihari Vajpayee and the Gujarat riots took place at that time. "She is trying to divert all her anger on Owaisi but she has not yet encountered a real Muslim," the AIMIM chief said. AIMIM has also tied up with Bharatiya Tribal Party (BTP)  to make an entry into Gujarat's local bodies' elections.