Patole Repeats "Pawar Is MVA's Remote Control"; Tells Sena To 'look Into Its Own Party' 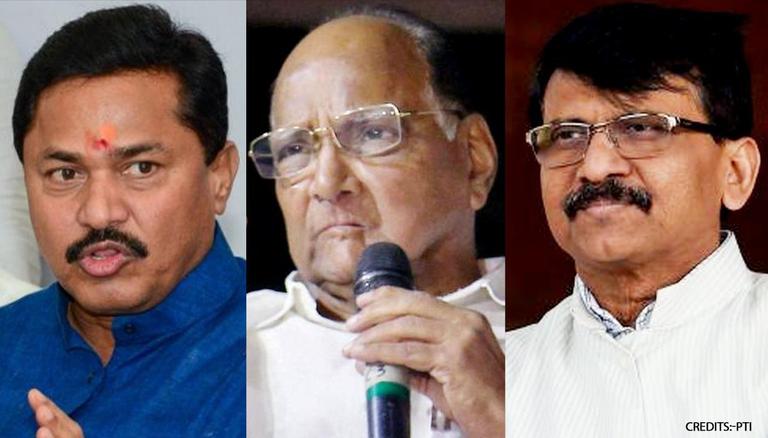 
War of words continues in the Maha Vikas Aghadi as Congress state chief Nana Patole on Thursday repeated that 'Sharad Pawar is govt's remote control'. Rebuking ally Shiv Sena without naming them, Patole said any 'outsider' must look into their own party before commenting on him. Incidentally, senior Congress leaders like HK Patil, Ashok Chavan and Balasaheb Thorat met with Pawar assuring him that Nana Patole's statements won't be repeated.

There is no doubt that Sharad Pawar is remote control (of Maharashtra govt). We (Congress) do not make statements against any big leader, but any outsider should look into own party before making statements: Maharashtra Congress leader Nana Patole pic.twitter.com/uj7J7xbLg4

Since taking over from Thorat at state Congress president, Patole has repeatedly asserted that his party will win a majority on its own in the next Assembly election. Stressing that many people are miffed over the Congress' "growing influence" in the state, he has also claimed that Maharashtra CM Uddhav Thackeray and Deputy CM Ajit Pawar are tracking his moves. While he later rescinded the same, Shiv Sena opined if "Nana Patole is going to revitalize Congress by a magic herb or knowledge", adding, "Has he given information about this magic herb to either Rahul Gandhi or Priyanka Gandhi?".

Muddling the alliance more, Patole fired a veiled barb at NCP recently claiming that the Congress was cheated in 2014 and hence was preparing for 20224 keeping that in mind. He stated, "We (Congress) were cheated in 2014 (polls). We are now preparing for the next Lok Sabha elections keeping that in mind". This was a reference to NCP's decision to resign from the Maharashtra government in 2014 and extend "unconditional support" to BJP to form a government "in the interest and development of Maharashtra".

Sena has often clashed with its ideological polar opposite Congress since the formation of the Maha Vikas Aghadi alliance over issues like Hindutva, CAA, NRC, Ram Janmabhoomi, Savarkar, COVID-19 etc, with NCP playing the peacemaker. Several ministers from NCP and Congress have accused Uddhav Thackeray of depending more on bureaucrats than his alliance partners, alleging that they were being 'sidelined'. Congress chief Balasaheb Thorat, minister Ashok Chavan have openly stated that the party has had no say in any of the decisions being taken by the Thackeray government. All three allies have maintained that the alliance is safe, but BJP has often asserted that the MVA govt will fall on its own.