PC George launched fresh salvos against Kerala CM Pinarayi Vijayan and said that his "countdown started" the day he decided to 'trap' the former Congress MLA. 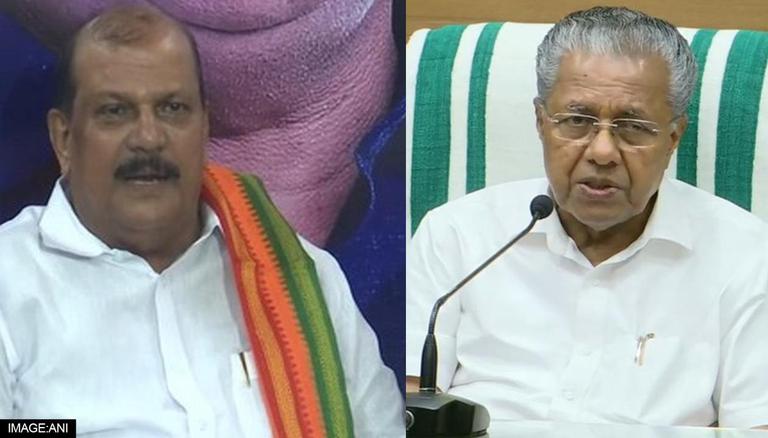 
After getting bail in the alleged hate speech case, former Congress MLA from Kerala, PC George, launched fresh salvos against Chief Minister Pinarayi Vijayan and said that the CM's "countdown started" the day he decided to 'trap' the former MLA.

Addressing a press conference, on Sunday, in Thrikkakara, PC George said, "Here are the shameless cops who searched for me for four days but could not find me. I believe in democracy. That is why I was surrendered to arrest."

Further attacking CM Vijayan he said, "He cannot catch me, I came here because I respect the law. I am fulfilling my civic duty to point out the social evils I have seen. That is my duty as a public servant."

The Congress leader added that the countdown of CM Pinarayi Vijayan and his CPI-M government has begun and that the Thrikkakara by-election will be the very first step to the countdown.

George also accused the Kerala Chief Minister of enforcing "Divide and Rule" like the British and said, "Arresting and imprisoning me is Vijayan's conspiracy to gain the votes in the Thrikkakara by-poll through communal divisions."

He claimed that the Kerala police were "dancing to the tunes of Pinarayi", adding that in the state there was no fair and free investigation.

"Vijayan was directly involved in giving permission for the Popular Front of India's (PFI) rally in Alappuzha. Thrikkakara is segregated on the basis of caste and religion. Is that why Pinarayi is calling me a communalist?" George said.

Addressing an election rally in Kochi on Thursday, CM Pinarayi Vijayan, while mentioning the alleged hate speech made by former MLA PC George and the support BJP provided for him, stated that last year, 486 anti-Christian attacks took place in many parts of India.

In a scathing attack targeting George and the BJP, CM Vijayan said, "When action was taken against a person who was spreading communal poison here, the BJP thought that they were taking action to protect all Christians by protecting him. That person who spread communal poison has the language of the RSS and the Sangh Parivar. He has a position that undermined secularism and fertilized communalism. That is why the Sangh Parivar came forward to support the person who took a communal stand and shouted slogans for him."

It is pertinent to mention here that PC George, who was arrested by police over alleged hate speech was granted bail by the Kerala High Court under the condition that he will not make any statements that may lead to an offence under IPC Sections 153A/295A. George was sent to judicial custody on May 26 and shifted to Poojappura Central Jail in Thiruvananthapuram in the case regarding the remarks that he made at a Shiva Temple on April 29.