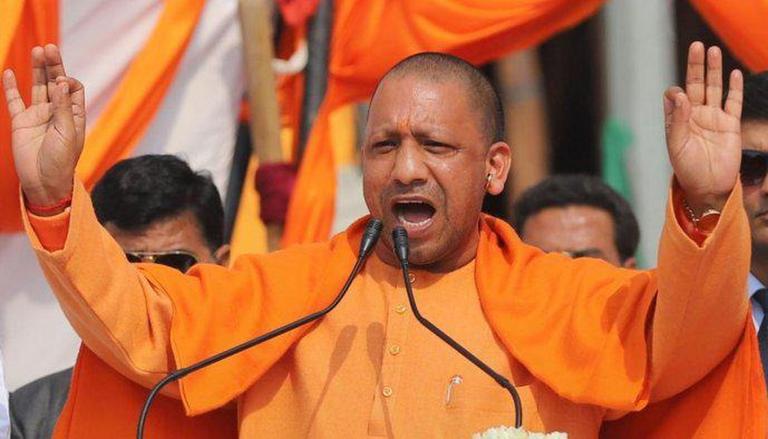 
Uttar Pradesh Chief Minister Yogi Adityanath has landed in trouble with his controversial "Abba Jaan" remark as a petition was filed in Bihar's Muzaffarpur court on Monday, seeking action against the BJP leader.

The petition was filed before the court of Chief Judicial Magistrate, Muzaffarpur, by Tamanna Hashmi, a local social activist who alleged that CM Yogi's remarks were an insult to the Muslim community.

Addressing a gathering on September 12, the UP CM had alleged that the ration meant for poor people, was eaten up by those who say 'Abba Jaan', under the Samajwadi party-led government, thus implying that his predecessor Akhilesh Yadav appeased Muslims. Claiming that such kinds of acts do not occur under BJP, Yogi Adityanath said his government had distributed ration in an indiscriminate fashion.

"Why did the poor not get the ration before 2017? the ration meant for the poor used to reach Nepal and Bangladesh. Those who called their father 'Abba jaan' used to eat up all the foodgrains. There used to be caste-based appointment lists. Fair appointments are being made in the BJP government and youth are getting employment".

Tamanna Hashmi, a litigant who has filed petitions against many politicians in the past, requested a trial of Yogi Adityanath under IPC sections relating to hurting religious sentiments. The petition is likely to be taken up for hearing in due course.

READ | Omar Abdullah lashes out at Yogi Adityanath for 'Abba Jaan' jibe: 'Only hatred on agenda'

The UP CM has drawn ire from the Opposition over his "Abba Jaan" jibe, with many leaders slamming the comment as 'communal and hateful'. Breaking his silence over UP CM Yogi Adityanath's taunt, Akhilesh Yadav on Tuesday, claimed that the CM's language was worsening due to BJP's decreased poll chances.

Meanwhile, AIMIM chief Owaisi countered Yogi's 'appeasement' narrative by pointing out that Muslims in UP fared dismally on most socio-economic indicators including education and health. Lashing out at the UP CM, JKNC leader Omar Abdullah claimed that BJP had no other agenda than communalism and hatred against Muslims.

The 403-seat UP assembly that Yogi Adityanath administrates with a majority of 314 seats, is up for grabs in February 2022.