Prime Minister Narendra Modi is all set for his one-day visit to Gujarat on Friday, June 10, where he will be laying the foundation stone of multiple projects. 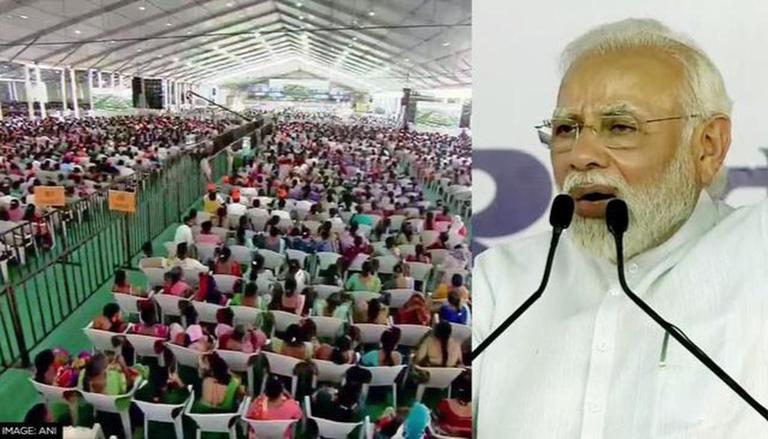 
Launching yet another blistering attack on the Congress and its former government, Prime Minister Narendra Modi on Friday claimed that those previously in power never took interest in the development of the tribal areas and the people as it would have "required hard work".

Speaking at the Gujarat Gaurav Abhiyan rally after inaugurating and laying the foundation stone of projects worth Rs 3,050 crore at Khudvel, a tribal region in the Navsari district of Gujarat, PM Modi compared his government's efforts with the former regimes and stated that earlier, it would've taken months for campaigns to reach tribal areas, however, now, his BJP government has made the deployment of services easy and fast, he said, citing the example of the COVID-19 vaccination campaign.

"Those who ruled the country for a long time, never took interest in the development of tribal areas as it requires hard work. Earlier, it used to take months for campaigns, such as vaccination, to reach forest areas where tribals reside, but now they are implemented in those pockets simultaneously along with urban areas", he said.

'I don't work for the sake of votes or elections': PM Modi

Furthermore, the Prime Minister also claimed that he does not believe in doing development work for the sake of votes or to win elections, however, he does it to improve the quality of people's lives. Acknowledging that the speedy development in Gujarat during the last two decades is the pride of the state, PM Modi also asked the people gathered if they have been administered both the doses of COVID-19 vaccines free of cost or not, to which the people replied in the affirmative.

"In the last 8 years, following the mantra of Sabka Saath, Sabka Vikas, our government has put utmost emphasis on the welfare of the people in the state", he added.

In the meantime, PM Modi, who has a day-long schedule for Friday in Gujarat, also inaugurated AM Naik Healthcare Complex and Nirali Multi Speciality Hospital at Navsari.

For the day, he has been scheduled to inaugurate and lay the foundation stones of multiple development initiatives worth about Rs 3,050 crores at Khudvel, a tribal region in Navsari. This includes the inauguration of 7 projects, foundation stone laying for 12 projects, and Bhumi Pujan of 14 projects.