The two-day BJP national executive meeting will be held on January 16-17 and the roadshow will take place on the first day in honour of Prime Minister Modi. 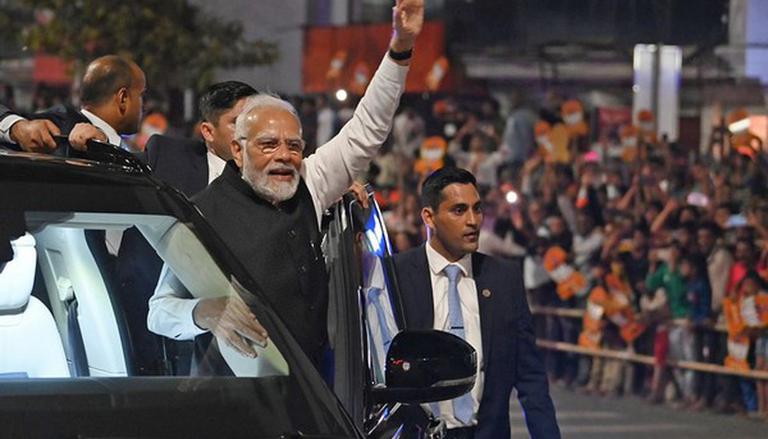 
Ahead of the BJP national executive meeting, Prime Minister Narendra Modi is going to hold a grand roadshow on Monday to Delhi's NDMC Convention Centre. The two-day BJP national executive meeting will be held on January 16-17 and the roadshow will take place on the first day in honour of Prime Minister Modi. The roadshow was originally scheduled for Tuesday, the second day of the key meeting. However, the party changed the schedule.

The PM's roadshow would, according to sources, cover a distance of about one kilometre leading up to the meeting point. During the roadshow, artists from many states will present cultural performances with party members lining the streets to greet PM Modi.

It's important to note that this is the Bharatiya Janata Party’s (BJP) first significant gathering since its resounding victory in Gujarat. The Prime Minister had earlier staged a massive roadshow in Gujarat.

The Delhi Police has issued a traffic advisory for Monday with the PM's roadshow in the national capital. “Bharatiya Janata Party (BJP) is organizing a road show having mass public participation on Sansad Marg from Patel Chowk to Sansad Marg-Jal Singh Road junction on January 16 from 3 pm onwards. The Prime Minister of India will grace the said road show with his presence. Special traffic arrangements will be in place to ensure smooth traffic management in the vicinity of the roadshow route,” said the Delhi Police in a statement.