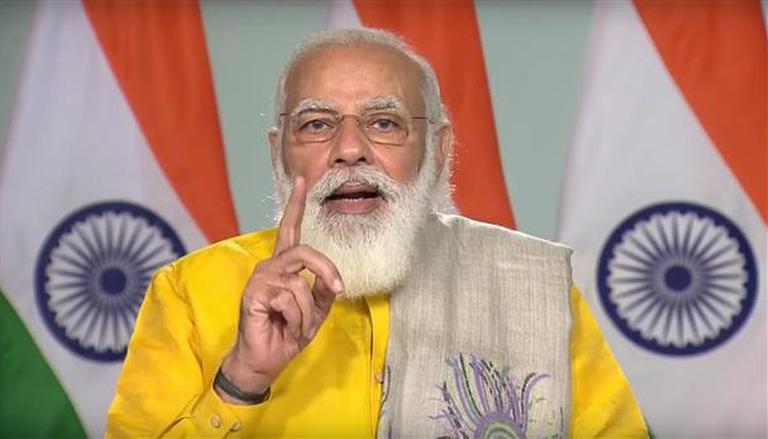 According to the Prime Minister's Officer (PMO), PM Narendra Modi will reply to the debate on Motion of Thanks on President Ram Nath Kovind's address in the Rajya Sabha or Upper House of Parliament on Monday at around 10:30 am after the Question Hour. This announcement comes as a departure from the regular normal because the Prime Ministers usually speaks in both the Houses of Parliament. However, this time with Opposition parties refusing to end protests in the Lok Sabha, PM Modi's addresses could take place in Rajya Sabha only.

At around 10:30 AM today in the Rajya Sabha, PM @narendramodi will reply to the Motion of Thanks on the President’s address.

So far the first 6 sittings of the Rajya Sabha during the ongoing budget session have proved to be very productive. As per the official statement, the House has recorded productivity of 82.10 per cent. During these 6 sittings, Rajya Sabha had witnessed a 15-hour debate on Motion of Thanks on the President's address. According to sources, the ongoing protests by the farmers against the Centre's 3 contentious farm bills have dominated the agenda of Parliament in the first week and both the Houses witnessed multiple disruptions over the issue.

According to the official statement, against the total scheduled sitting time of 20 hours and 34 minutes, 4 hours 14 minutes were lost on February 3, due to disruption. The members, however, sat for extra 33 minutes beyond the business hours on Friday. Earlier on Wednesday, day 4 of the session, the Centre and Opposition arrived at a consensus to allocate 15 hours to the discussion in the Rajya Sabha on the topic of farm laws.

Besides discussing farm laws, the Jammu and Kashmir Reorganisation (Amendment) Bill, 2021, seeking to replace the Ordinance in this regard, was also introduced during the week. During the first week of the budget, the House saw 8 Zero Hour and 7 special mentions made during the first week.

The house also saw eight Zero Hour and seven special mentions made during the first week. as per sources, the Rajya Sabha will take up the discussion on the general budget for 2021-21 during the coming week for which 10 hours have been allotted. Currently, the budget session is being held in two segments and the first part will conclude on February 13.

READ | PM Modi Tears Into Mamata Banerjee; Says 'if You Ask For Your Rights, Didi Gets Angry'