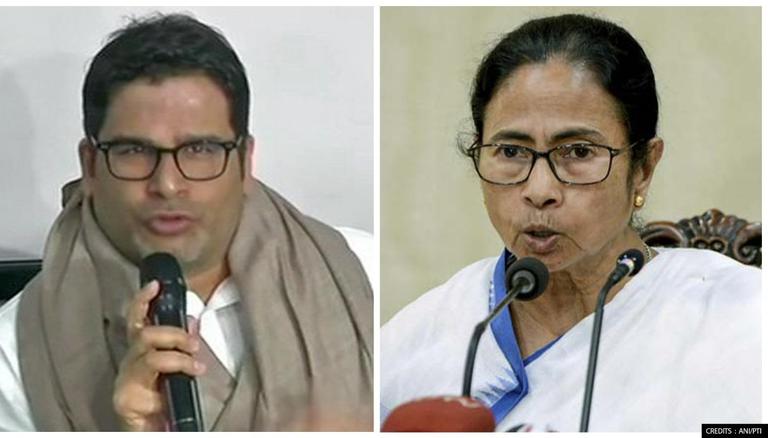 Prashant Kishor once again proved his mettle in the recently concluded assembly elections in West Bengal. The game of thrones in West Bengal was undoubtedly not been a cakewalk for Chief Minister Mamata Banerjee. Even, Kishor himself had admitted on various platforms that there was an air of anti-incumbency against the ruling TMC government in West Bengal. Besides this, there was aggressive campaigning of the BJP involving the top leadership including Prime Minister Narendra Modi. However, Kishor's micro-level management and vivacious campaign strategy paved the way for CM Mamata a third term in West Bengal.

Notably, TMC secured 213 seats in the recently concluded West Bengal Assembly elections while Bharatiya Janata Party won 77 seats. It is worth mentioning that Kishor had said on many platforms that he would quit the space if BJP wins more than 100 seats in the West Bengal assembly polls. Interestingly, the results appeared to be as per his predictions.

Meanwhile, in Tamil Nadu, Kishor facilitated DMK chief MK Stalin to dislodge the AIADMK ruled government. In Tamil Nadu as well, Kishor had to steer the victory of Stalin by surpassing the superior electioneering of the BJP as it is the alliance partner of AIADMK. As a political strategist, Kishor worked with many parties to win the elections. Notably, he had played an instrumental role in strategizing BJP's campaign in the 2014 Lok Sabha elections that lodged Narendra Modi as the Prime Minister of the country.

READ | Montreal hang on to a 1-0 win against Winnipeg, leads 2-0 in the NHL playoffs

Prashant Kishor had also helped Janata Dal (United) chief Nitish Kumar to win the Assembly polls in 2015. Following this, Kumar appointed Kishor as the vice president of JD-U. However, Kishor was expelled from JD-U in January 2020 over his disagreement with the party on the issue of the National Register of Citizens (NRC). Kishor has also been appointed as the Principal Advisor by Punjab Chief Minister Captain Amarinder Singh ahead of the 2022 Assembly polls in the state.