During her tour of Uttar Pradesh ahead of the Assembly polls, Congress general secretary Priyanka Gandhi Vadra is facing increasing calls to fight the election. 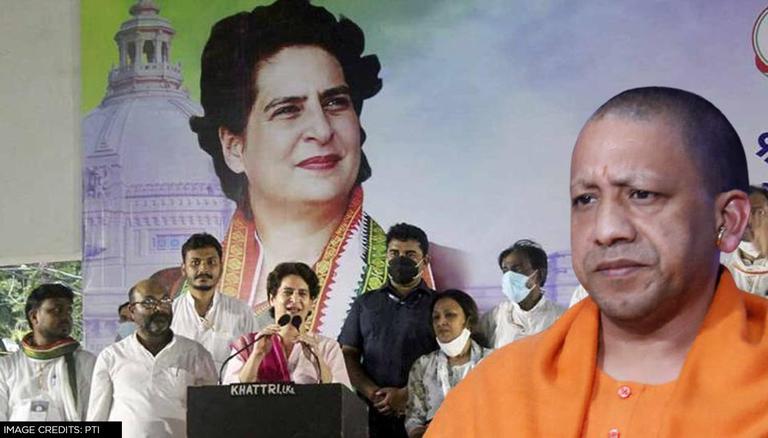 
During her tour of Uttar Pradesh ahead of the Assembly polls, Congress general secretary Priyanka Gandhi Vadra is facing increasing calls to contest the election. While Congress has confirmed that it will contest the 2022 UP election under her leadership, she has not yet fought an election at the state or the national level. As per sources, Congress workers told her that she should contest the polls from any seat in Rae Bareli, a constituency won by the late PM Indira Gandhi and party president Sonia Gandhi.

In the 2017 election, BJP and Congress won two seats each out of the 5 Assembly seats that fall under the Rae Bareli Lok Sabha constituency whereas Samajwadi Party bagged the remaining seat. While BJP's Ram Naresh Rawat and Dhirendra Bahadur Singh won from Bachhrawan and Sareni respectively, Aditi Singh and Rakesh Singh of the Congress party registered a win in Rae Bareli and Harchandpur. Both Aditi Singh, as well as Rakesh Singh, are now considered rebel legislators as Congress filed petitions seeking their disqualification for allegedly indulging in anti-party activities.

After concluding her visit to Lucknow to review the Sonia Gandhi-led party's preparedness for the polls, Vadra began a two-day tour of the Rae Bareli constituency from Sunday onwards to energise Congress workers. After interacting with the party cadre, she reportedly told them that the Congress party will declare its candidates well in advance. The Congress general secretary faces an uphill task of reviving the party in UP where it won only 7 seats in the 2017 Assembly polls.

In the 2017 Uttar Pradesh Assembly election, BJP won a whopping 312 seats in the 403-member House, whereas BSP could win only 19 seats. On the other hand, the SP-Congress alliance failed to bear fruit as it could win in only 54 constituencies. While this was seen as a mandate for PM Modi as BJP had not declared any CM candidate, Gorakhpur MP Yogi Adityanath was a surprise pick for the post. Addressing the media on September 12, senior Congress leader Salman Khurshid indicated that the party may not project Vadra as the CM face before the election.

We will be fighting the upcoming Assembly elections under the leadership of Priyanka Gandhi Vadra. She is working hard to ensure that we win. Later on, she may announce the CM's face: Former Union Minister & Congress leader Salman Khurshid on Congress' CM face in UP polls (12.09) pic.twitter.com/ZtPDtV2MH8

Revealing that Congress will contest all 403 seats in the state, he added, "The party will not form an alliance with any party. We will contest the elections with firm belief. Party workers will go to each constituency to know the problems being faced by the local people". To bolster its chances, Congress has decided to embark on a 12,000 km-long yatra 'Hum Vachan Nibhayenge Pratigya' (we will fulfill our promises) Yatra across the state. As a part of this mass outreach initiative, this Yatra will cover major villages and towns.