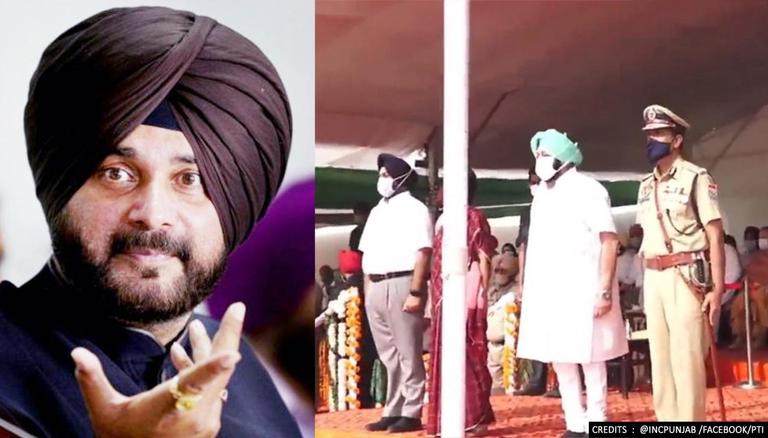 
The infighting in Congress' Punjab unit spilled over to Independence Day as Chief Minister Amarinder Singh and Navjot Singh Sidhu held separate functions. While the CM unfurled the national flag at a ceremony in Amritsar, the Punjab Congress president was present at an event in Chandigarh. This comes days after Sidhu publicly challenged the CM to outrightly scrap the three contentious farm laws failing which the Congress MLAs would themselves do so in the Assembly. As per reports, Punjab AICC in-charge Harish Rawat is likely to visit Punjab next week to iron out the differences between the two leaders ahead of the Assembly polls.

After winning the Amritsar East seat on a Congress ticket in the 2017 Punjab Assembly polls by a margin of 42,809 votes, Sidhu was inducted into the Cabinet. However, a series of events led to the ex-swashbuckling batsman tendering his resignation from the Cabinet in July 2019. These include Punjab CM Amarinder Singh openly slamming Sidhu for his 2018 visit to Pakistan where he hugged Army Chief Qamar Javed Bajwa, losing key portfolios and denial of ticket to Sidhu in the 2019 General Election.

While the former cricketer continued to be an MLA, he maintained a distance from party activities. Though Singh and Sidhu attempted to resolve their differences over tea on March 17, 2021, a positive outcome proved to be elusive. The former BJP repeatedly began to attack the state government and the CM over the purported delayed justice in the incidents of desecration of the Guru Granth Sahib and the subsequent police firing incident.