The Shiromani Akali Dal refused to back down despite the Punjab government revoking its order on selling COVAXIN doses to private hospitals on Friday. 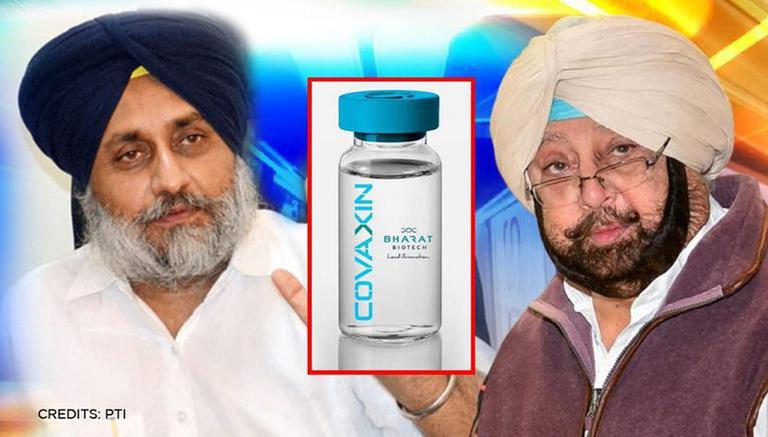 Writing on Twitter, SAD chief Sukhbir Singh Badal contended that the state government's move was an admission that the supply of vaccines at a premium was "blatantly wrong". In pursuance of this, he demanded a case should be registered against Punjab Health Minister Balbir Singh Sidhu followed by his arrest. Moreover, the ex-Punjab Deputy CM opined that this scam should be probed by an independent agency.

Now that Pb govt has admitted its policy to dole out vaccine doses to pvt hospitals at steep profit & allow them to earn similar profits was blatantly wrong it shud register case against Health min @BalbirSinghMLA & arrest him imm.The scam shud be probed by an independent agency. pic.twitter.com/VeR0dd7lt7

Addressing a press briefing on this scam two days earlier, Badal claimed that vaccines were being diverted to private players at hefty margins to create an artificial shortage. On this occasion, the Lok Sabha MP also said, "Vini Mahajan should also not act like a market salesman for private institutions by encouraging people to get vaccinated at inflated rates". Alleging that a common man is being forced to pay Rs.6000 to Rs.9000 for a single vaccine dose for his family, the SAD chief questioned Wayanad MP Rahul Gandhi over this party's hypocrisy as it has backed free inoculation.

READ | Sidhu wants to be Punjab CM from any party; Captain Amarinder row a diversion: Harsimrat

Meanwhile, the Punjab government's step of selling the COVID-19 vaccines to private hospitals also attracted BJP's ire. On Friday, Union Minister Prakash Javadekar advised Rahul Gandhi to concentrate on the situation in Punjab rather than giving lectures to others. Highlighting that the Centre has provided nearly 22 crore doses to states free of cost, he reminded that it was state governments that had sought decentralization of vaccine procurement. Taking a dig at the internal turmoil in the Punjab Congress unit, Javadekar claimed that the state government was failing in vaccine management.

Union Minister Prakash Javadekar remarked, "The state government wants to profit even from vaccination. What kind of people's administration this is? People are getting the vaccines at Rs.1500. Till now, the Centre has provided about 22 crore vaccines to all states free of cost. They also demanded decentralization."

"Strange politics is being played in Punjab. Entire Punjab is affected by COVID-19 and vaccine management is not happening properly. The state government is not paying requisite attention to testing and other issues," he added.