The Rajasthan BJP crisis is taking a major turn as colleagues Kailash Meghwal and Gulabchand Kataria are now at loggerheads with each other. 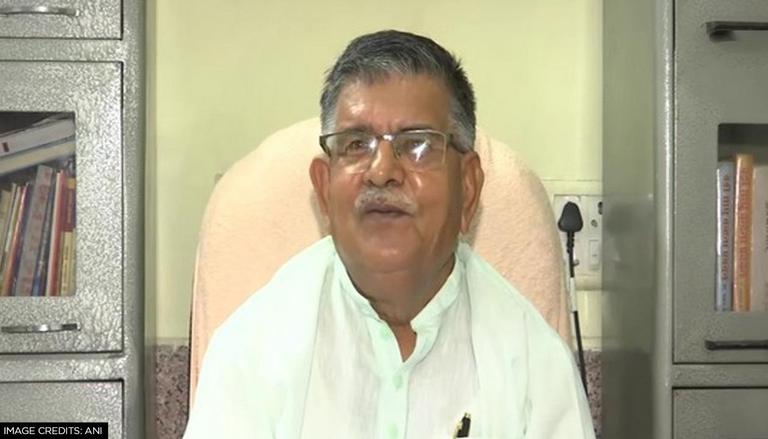 
A rift between BJP leaders is brewing in Rajasthan ahead of the Monsoon Session of the Rajasthan Assembly. BJP MLA Kailash Meghwal has now blamed party colleague and Leader of Opposition Gulabchand Kataria for the loss in the by-polls. Meghwal slammed Kataria for his remarks on Maharana Pratap and Lord Rama and said that he will move a censure motion against him.

The Rajasthan BJP crisis is taking a major turn as colleagues Kailash Meghwal and Gulabchand Kataria are now on the verge of a fallout. Meghwal, in a letter addressed to Rajasthan BJP chief Satish Punia, claimed that Kataria was a major catalyst in the recent loss the party suffered. The former Rajasthan Assembly speaker alleged that Kataria's use of insulting words against Maharana Pratap and a controversial statement against Lord Rama caused the party to lose its vote share in the last three by-polls.

"I will move a censure motion against the Leader of Opposition for using insulting words against Maharana Pratap and a controversial statement against Lord Ram, due to which the party lost votes in the last three by-election," Meghwal said. The former union minister also wrote a letter to BJP national President JP Nadda addressing the same matter. However, Kataria refused to comment on the situation with Meghwal, and said, "He is a senior leader, I'll not comment. But if he has complained against me, then the party may investigate the matter. I will abide by the party's decision." The party is now in a spot to take a decision on the matter as the monsoon session of the Assembly begins Thursday.

Meanwhile, Congress leader Sachin Pilot camp in Rajasthan came under fire after BJP won the Jaipur Zila Pramukh's election despite Congress enjoying a majority in the Zila Parishad. While the Sonia Gandhi-led party won 27 out of Jaipur Zila Parishad's 51 seats as against BJP's 24 seats, its elected member from Jaipur Ward No.17- Rama Devi defected to BJP on Monday. Thereafter, she was named BJP's candidate for the Jaipur Zila Pramukh post and polled 26 votes whereas Congress' Saroj Devi secured only 25 votes. Incidentally, Rama Devi is known to be close to MLA Ved Prakash Solanki, who is a Pilot loyalist.

Speaking to the media, Rajasthan Sports Minister Ashok Chandna remarked, "I don't have any ill feelings against BJP. Some 'Jaichands' (traitors) have sold themselves to BJP and are working for BJP while staying in Congress. This shows the real face of these traitors. They sold themselves to the BJP a year ago. Definitely, the high command and the CM welcomed them back a year ago adopting the policy of 'forget and forgive'. But if such a betrayal happens, the complaint will reach the top echelons". This was seen as a dig at Pilot and his group of MLAs who rebelled against Rajasthan CM Ashok Gehlot last year.