Rajasthan: BSP Demands Six MLAs Who Defected To Cong Be barred From Voting In RS Polls

On Wednesday, the BSP wrote to Rajasthan Governor demanding that the six-party MLAs who defected to the Congress be barred from voting in the Rajya Sabha polls. 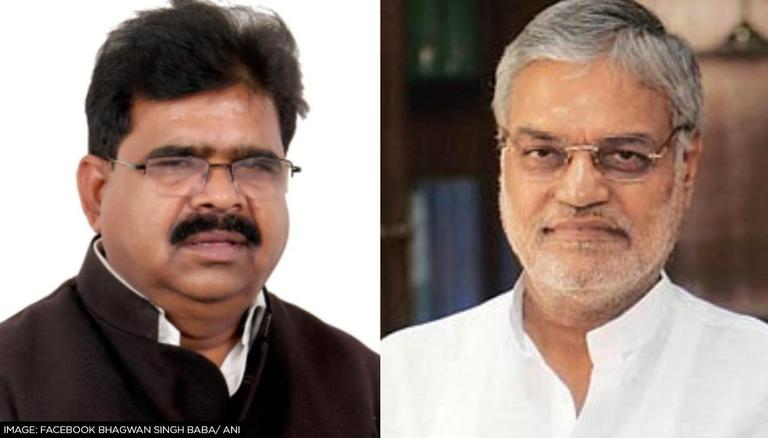 
On Wednesday, the Bahujan Samaj Party (BSP) wrote to Rajasthan Governor Kalraj Mishra and Assembly Speaker CP Joshi demanding that the six-party MLAs who defected to the Congress be barred from voting in the Rajya Sabha polls. State BSP president Bhagwan Singh Baba, in the letter, stated a case under the Anti-Defection Law is going on against the MLAs in the Supreme Court.

BSP writes to Rajasthan Governor Kalraj Mishra and Assembly Speaker C P Joshi demanding that six MLAs who won on the BSP party symbol but later defected to Congress should be barred from voting in Rajya Sabha election pic.twitter.com/hZXlxVmRmh

The elections for four seats of the Rajya Sabha from Rajasthan will be held on June 10. The Congress party has fielded three candidates for the upcoming elections, while the ruling BJP party has fielded one. BJP's candidate is Ghanshyam Tiwari, who is a former minister of the Vasundhara Raje cabinet. For the upcoming election, Congress has decided to shift its MLAs in Rajasthan to a Udaipur hotel, and several party sources have said that they fear the saffron party will poach them ahead of June 10 Rajya Sabha elections, as per PTI.

The national decades-old party's move comes a day after satellite TV pioneer and the chairperson of the Essel Group, Subhash Chandra, who is backed by the BJP, filed his nomination papers as an independent candidate for the Rajya Sabha polls. His decision to file papers as an independent candidate had prompted Rajasthan Chief Minister Ashok Gehlot to allege that the saffron party wants to indulge in horse-trading. CM Ashok Gehlot termed the move 'an old trick' by the ruling BJP party which is destined to fail as it did 15 years ago.

WE RECOMMEND
Rajasthan: Stone pelting reported in Chittorgarh after ex-BJP councillor's son gets killed
RBSE Results 2022 for class 5, 8 likely to be out today; Check how to download scorecard
AIMIM enters poll fray in Rajasthan; Asaduddin Owaisi open for alliance in 2023 election
Rajasthan: Congress to shift party MLAs to Udaipur hotel ahead of Rajya Sabha polls
RBSE Rajasthan Board 12th result 2022: Science, Commerce result to be out today at 2 pm