Congratulating MLAs who are going to take oath as Ministers, Rajasthan CM Gehlot on Sunday underlined that work has to be done to maintain the trust of people. 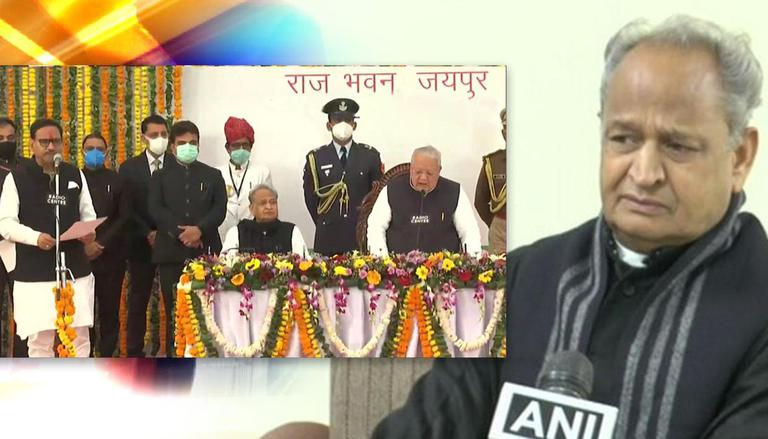 
Congratulating MLAs who are going to take oath as Ministers in the Rajasthan cabinet, Chief Minister Ashok Gehlot on Sunday underlined that work has to be done with commitment to maintain the trust of the people. Reminiscing the past 35 months, Ashok Gehlot patted his back for giving the people of Rajasthan a sensitive, transparent and just government. The CM of Rajasthan added that because of such characteristics, in the worst of circumstances, Rajasthan is on the path of development.

"By declaring the Congress party victorious in the by-election as well as the local body elections, the people have affirmed their faith in the present government. In the upcoming days, we will have to maintain this trust in people by continuing to work hard and with full conviction," Ashok Gehlot said.

"With unity, under the guidance of Sonia Gandhi and Rahul Gandhi, we will take the plans, views and programs to the masses," said the Rajasthan CM, adding "with the agenda of development, we will win the 2023 elections and once again form the government in Rajasthan." Fifteen ministers- 11 cabinet and 4 ministers of state (MoS)- will take oath at the Raj Bhawan at 4 pm on Sunday. Before the oath ceremony, a crucial Rajasthan Pradesh Congress Committee meeting took place, which saw in attendance Chief Minister Ashok Gehlot, former Deputy CM Sachin Pilot, Rajasthan in-charge Ajay Maken and PCC chief Govind Singh Dotasra.