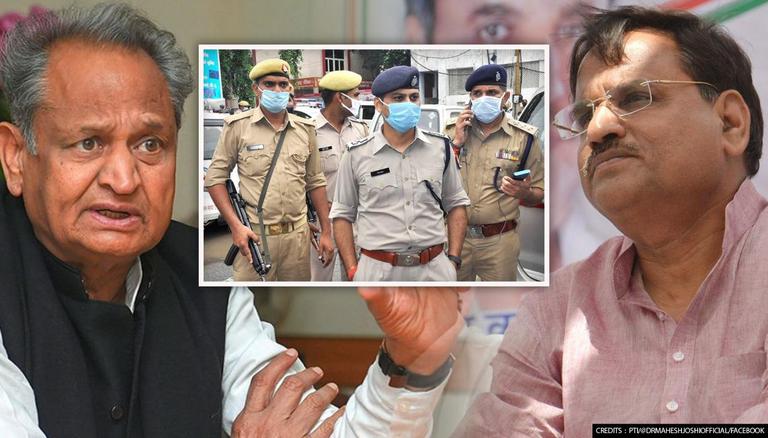 
Even as the resentment in the Pilot camp persists, the Delhi Police Crime Branch summoned Rajasthan Congress Chief Whip Mahesh Joshi in connection with the phone-tapping case. While the Tughlaq Road Police Station registered an FIR against Rajasthan CM Ashok Gehlot's OSD Lokesh Sharma and other persons based on Union Minister Gajendra Singh Shekhawat's complaint, the Crime Branch took over the case on March 25. He has been asked to appear before the police at 11 am on June 24.

The controversy came to the fore on March 15 when the Rajasthan government admitted having intercepted the phone numbers of political leaders in a written response to a BJP MLA. As per Delhi Police sources, over 3000 phones of Gehlot's opponents were tapped in the last year. After BJP MLAs demanded a CBI probe into the matter and Gehlot's resignation, the Rajasthan CM issued a clarification.

Writing on Twitter, he asserted, "There are laws for telephone interception and telephones are intercepted only under the provisions of these laws. Telephones are intercepted after approval of the competent authority under the provisions of Indian Telegraph Act 1885, Indian Telegraph (Amendment) Rules-2007 and IT Act 2000. The government does not interfere in it at all".

In July 2020, the Congress government in Rajasthan plunged into a crisis after the then Deputy CM Sachin Pilot with a group of supporting MLAs flew to Delhi. Even as Congress accused BJP of horsetrading, two audio recordings surfaced in which MLA Bhanwarlal Sharma, Union Minister Gajendra Singh Shekhawat and another person Sanjay Jain are purportedly heard talking about a conspiracy to topple the government. Interestingly, it was Mahesh Joshi who submitted a complaint to Rajasthan Police's Special Operations Group for registration of an FIR in the matter.

While Jain was arrested by the SOG, both Sharma and Shekhawat denied that the voice in the tape is theirs. In a bid to assert its dominance, the Gehlot camp managed to secure the suspension of MLAs Bhanwarlal Sharma and Vishvendra Singh for being involved in this plot. After the internal bickering came to an end on August 10 as Congress agreed to address the concerns of his camp by forming a three-member committee, there was no visible progress in this case.

Moreover, the party revoked the suspension of Sharma and Singh thereafter. The controversy reignited when Sachin Pilot loyalist Ved Solanki alleged that some legislators have talked about their phones being tapped by various agencies. The Pilot camp has been up in arms against Gehlot over the delay in Cabinet expansion and political appointments.