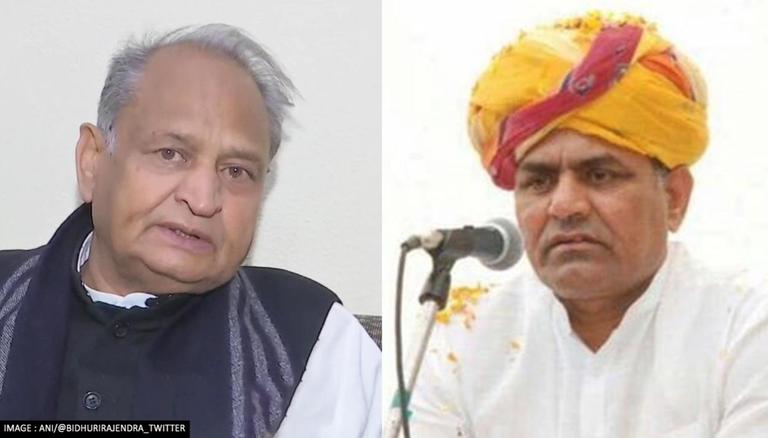 
The displeasure of several Congress MLAs has come to the fore ahead of the Rajya Sabha elections in a viral video. After Rajasthan Congress MLA Ganesh Ghogra resigned from his post over displeasure with the party, MLA Rajendra Singh Bidhuri raised questions against Rajasthan Chief Minister and Congress leader Ashok Gehlot in a public meeting.

In a veiled attack on the Rajasthan CM, MLA Rajendra Singh Bidhuri questioned him regarding the REET exam appointments. He said that CM Gehlot was nervous about the CBI investigation in the REET paper leak case. He said that it is necessary to investigate both the REET case and the Doda theft in Parsoli.

"They (the state government) think that their ministers will go to jail if something comes to light, but at least get the investigation of the Doda theft in Parsoli done by the CBI," he stated.

The Congress MLA said that the workers who made the party victorious are being neglected, which will cost him dearly. Further, without naming Surendra Singh Jadawat, chairman of Heritage Protection and Promotion Authority regarding any political appointments in Chittorgarh, he said that those who have lost the election twice with more than 50 thousand votes have been given the status of Minister of State.

READ | BJP slams Ashok Gehlot after he links unemployment to rape; 'Shocker of a justification'

Police investigation revealed that the question paper of the Rajasthan Eligibility Examination for Teachers (REET), which was held on September 26 last year, was leaked two days before the examination. As per the police probe, a question paper was stolen from an office of the state education department and was later leaked. It is also learned that the accused received at least Rs 1.22 crore in exchange for the paper.

The opposition demanded a CBI probe, alleging the involvement of politicians and high-profile people behind the paper leak. As soon as the matter came to light, the state government took action against top officials of the Rajasthan Board of Secondary Education (RBSE), which was entrusted with the responsibility of conducting REET.

The Rajasthan Eligibility Examination for Teachers (REET) which is the eligibility test for the direct recruitment of primary and upper primary government school teachers in Rajasthan, was held in September 2021. It is to be noted that the exam was conducted for around 31,000 posts and more than 16 lakh candidates got themselves registered to take the exam.