Rajnath Singh strictly taking objection to opposition remarks said under PM Modi's leadership, India is counted as one of the world's most powerful countries 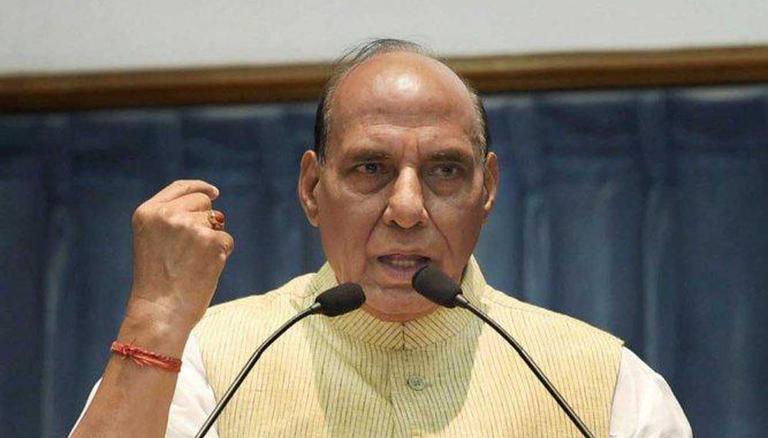 
Defence Minister Rajnath Singh strictly took objection to the comments by opposition parties on border-related issues with China, making claims about Chinese occupation and activity on the Indian border, and stated there should be no politicisation whenever the question is about the pride of the country. He also assured the honour of the country will not get sacrificed at any cost.

"They say 'China did this,' 'China did that.' To such political leaders, I say - There should be no politicisation whenever it is a matter of the honour of the country. It is these brave sons who go and guard the borders."

He further assured those who are always sceptical about national security that, "Those who raise questions against the national security, I as the Defense Minister, want to assure them that no matter how hard it gets I will not let the honour of India get sacrificed."

'India counted as amongst the most powerful'

Hinting at the rapid scale of defence indigenisation in the country, Rajnath Singh referred to the decrease in the defence imports, "India use to import from other countries of the world like tanks, arms and ammunition, now you will be surprised to know that within three-four years, magic has happened, now 68 per cent who used to order goods from outside, now only 35 per cent Goods are imported. Earlier, India was the world's largest importer i.e. India was the buyer of goods from the world, but today under the leadership of Modi Ji, today we are the world's largest exporter, standing in the line of 25 countries of the world."

Addressing the 385th birth anniversary of Veer Durgadas Rathore after unveiling his statue he said Durgadas Rathore was an exemplar of social unity and harmony. Singh added, Although born in an ordinary family, Rathore's name will be recorded in the pages of history with his extraordinary personality and devotion to Swami.