Notably, ahead of the West Bengal Assembly Elections, Rakesh Tikait had visited West Bengal where he had campaigned for Trinamool Congress. 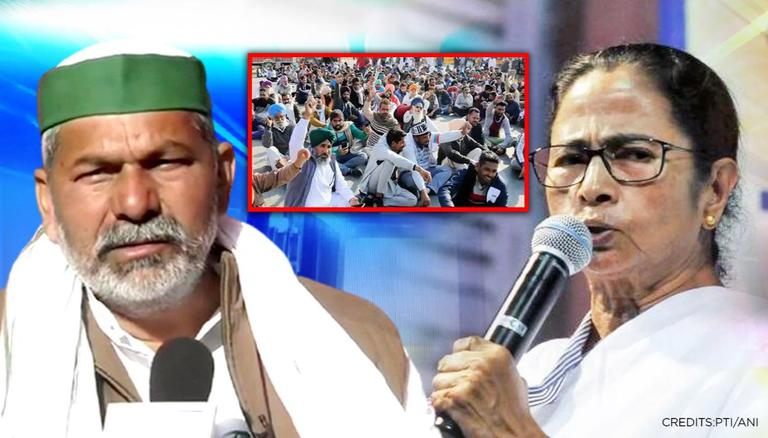 
Amid the deadlock over the Farm Laws, Bharatiya Kisan Union (BKU) leader Rakesh Tikait will meet West Bengal Chief Minister Mamata Banerjee to discuss the strategy to intensify farmer protests across the country. According to ANI sources, Tikait will meet Mamata Banerjee on June 9 in Kolkata where the two will discuss farmer protests. He will also congratulate the TMC supremo for winning her third consecutive term as the Chief Minister of the state.

"Rakesh Tikait will meet Chief Minister Mamata Banerjee on June 9. He will congratulate her on the massive electoral victory. They will discuss the farmers' protest," sources told ANI.

Notably, ahead of the West Bengal Assembly Elections, Tikait had visited West Bengal where he had campaigned for Trinamool Congress. The BKU leader had cited the tussle over the Farm Laws and had urged the farmers in Bengal to reject the BJP in the state.

The latest development in the farmers' agitation is the super-spreader protest that was organized outside the Tohana police station against the arrest of two farmer leaders. More than 2,000 farmers gathered in Tohana to get themselves arrested organizing a large protest in a gross violation of COVID-19 norms on June 5. The protestors led by Tikait had given two options to the police- either issue a warrant and arrest them or release Vikas Sinwar and Ravi Azad who were detained following a spat with JJP MLA Devender Sigh Babli.

Buckling under pressure, the Haryana government has released the two arrested farmers on Monday morning