Rakesh Tikait has announced to intensify their demonstration as Haryana Govt has refused to release arrested farmer leaders Vikas Sinwar and Ravi Azad. 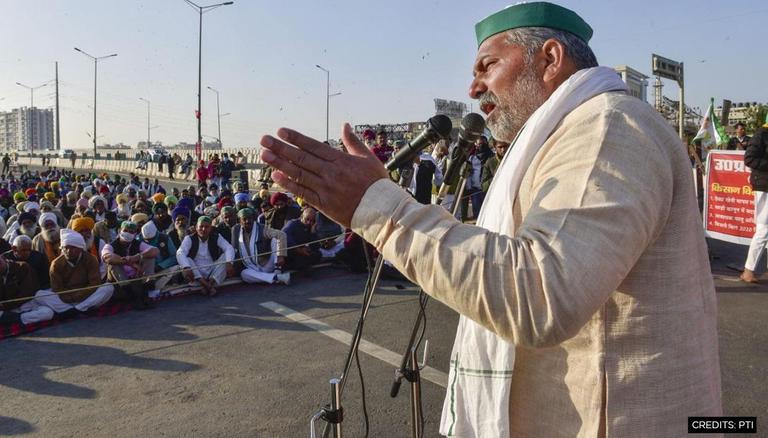 
Amid fear over the unprecedented spread of COVID-19, protesting farmer leaders are likely to intensify the demonstration further as Haryana Government refused to release the arrested leaders Vikas Sinwar and Ravi Azad who were nabbed by Tohana Sadar Police on June 2. Farmer leader Rakesh Taikat on Sunday challenged the government to 'prepare' for more arrests as protestors will not move from the site.

In a statement, Tikait warned that more people will be called to the protest site in a couple of days.

"We have been stopped from every area of the state, but we will call our people again tomorrow and you will also see how protestors will surrender themselves to get arrested in state and across the country," warned Rakesh Tikait

Further adding that they are not satisfied with Government's response, Tikait gave two options to police- Either issue a warrant and arrest them or release Vikas Sinwar and Ravi Azad otherwise they will not leave the protest site.

On June 5, more than 2,000 farmers gathered in Tohana to get themselves arrested in protest against the June 2 arrest of protestors Vikas Sinwar and Ravi Azad by Tohana Sadar Police. Yesterday, while addressing the media Taikat had alleged the government of not discussing things with the protesting farmers.

Gurnaam Singh Chaduni has also proposed to surrender to the Haryana police, however, the absence of the duty magistrate is delaying the arrest. The state administration has deployed a force of 2,400 personnel to maintain the law and order situation amid the protest.

As thousands of farmers have gathered in the district, a gross violation of COVID norms was witnessed with a huge shed for the occasion being filled from end to end with people. What is apparent, and scarily so, is that there is no visible use of masks, and certainly no social distancing. On Saturday, farmers also demonstrated their anger against the three new farm laws by burning copies of the laws near residences of BJP leaders and at other places in Punjab. The protestors were marking ‘Sampoorna Kranti Diwas’ as these legislations were formed exactly a year ago.

The MLA, on June 3 had told reporters in Tohana that his car was attacked and abusive language was used as he was trying to leave the area. However, the demonstrators demanded an apology from Babli and threatened to gherao every police station of the district on June 7 if an apology did not come from him till June 6. The farmers who are protesting against the three farm laws had alleged the MLA of hailing abuses at them during a protest in Fatehabad district.