Congress urged EC to reject the objections of independent candidate and the BJP. It also urged the Returning Officer to declare results without delay. 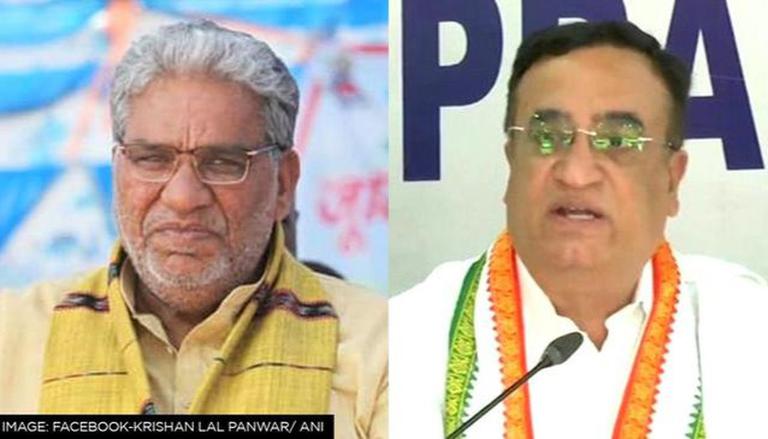 In a letter to Chief Election Commissioner, Makhen claimed that "unwarranted and illegal" interference is being made by Sharma and Panwar after facing "inevitable defeat" in the Rajya Sabha elections.

Congress said that BJP and the independent candidate raised this issue with the Returning Officer. The RO after hearing parties concerned (as per Congress) said: "I have seen the videography very carefully and found that there is no breach of privacy/secrecy of ballot papers hence the application is rejected."

The grand old party has urged EC to reject the objections of the independent candidate and the BJP. It also urged the Returning Officer to declare results without any delay.

Panwar and Sharma had claimed that Congress MLAs Kiran Chaudhary and BB Batra displayed their ballot papers after casting their respective votes to various people present in the Polling Hall, thereby violating the secrecy. They also complained to Election Commission.

Tight contest for the second seat in Haryana

The BJP's candidate is Krishan Lal Panwar Panwar, while the Congress's nominee is former Union minister Ajay Maken. Kartikeya Sharma, the media mogul, has entered the race as an independent candidate.

The BJP has 40 MLAs in the 90-member Haryana assembly, which is nine more than the 31 first preference votes required for a clean sweep. With Sharma's entrance, the competition has grown more interesting. Sharma has received support from the BJP-JJP coalition, the majority of Independents, and one MLA each from the INLD and the Haryana Lokhit Party.

Congress currently has 31 members, which is only enough to fill one seat. In the event of cross-voting, its prospects may be jeopardised. The BJP has 40 legislators, while its ally has ten. The Haryana Lokhit Party and INLD have one each and seven are independents.