Speaking to the media, Jammu and Kashmir People's Conference chief Sajad Lone flayed National Conference over its U-turn on the delimitation commission. 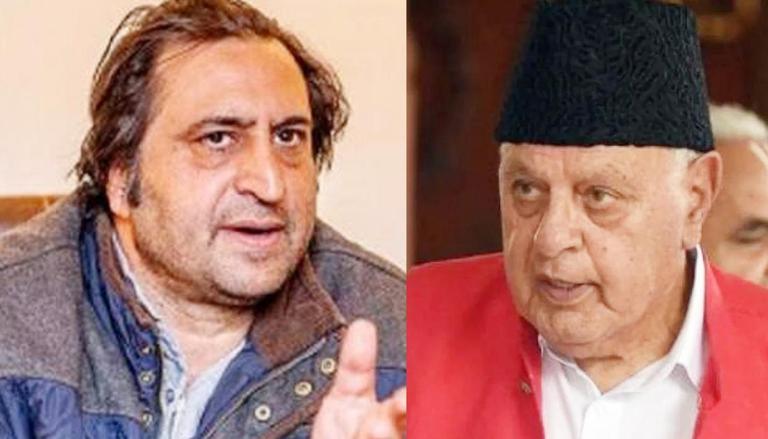 
Speaking to the media on Sunday, Jammu and Kashmir People's Conference chief Sajad Lone flayed National Conference over its U-turn on the delimitation commission. While NC had boycotted the meeting of the panel held in February earlier this year citing the pendency of the pleas challenging the Jammu and Kashmir Reorganization Act in the Supreme Court, its MPs- Farooq Abdullah, Hasnain Masoodi and Akbar Lone will take part in the meeting at 11.15 am today. Taking umbrage at this stance, Lone asked the NC to explain how this was not an endorsement of the Centre's decision to abrogate Article 370.

I want to ask the National Conference- What has happened in the last 6 months that participation in the Delimitation Commission meeting was an endorsement of abrogation of Article 370 then, and not now? They need to answer this: Sajad Lone, JK People's Conference (JKPC) pic.twitter.com/5lHA5uUns4

Mocking NC on December 18, Lone had commented on Twitter, "Please at least have the courtesy to show even some pretence and explain how it was tantamount to endorsement then and not now. Digital world. Digital proof. Chit bhi meri patt be meri won’t work. Era of Multiple speeches in Srinagar and Delhi— in multiple places is over". On January 19, Lone's JKPC had pulled out of the People's Alliance for Gupkar Declaration citing a breach of trust between the parties.

READ | In J&K, more than 350 terrorists neutralized after abrogation of Article 370: MoS Home

Refuting the notion that the Farooq Abdullah-led party had changed its position, Masoodi told PTI, "This is not something new. The party (had earlier) met the commission on its Srinagar visit, submitted a memorandum saying it is not a permissible route in the Constitution. We stand by that. There is no shift in our stand that this exercise offends the spirit of the Constitution."

READ | Omar Abdullah says Art 370 taken away from Jammu & Kashmir forcibly: 'Will bring it back'

As per the Jammu and Kashmir Reorganisation Act, 2019, the number of seats in the Legislative Assembly of J&K shall be increased from 107 to 114. According to the government notification dated March 6, 2020, retired Supreme Court judge Ranjana Desai and the State Election Commissioner of the concerned state or Union Territory were appointed as the other two members of the Delimitation Commission. On May 26, 2020, three JKNC Lok Sabha MPs Farooq Abdullah, Hasnain Masoodi, Akbar Lone and two BJP MPs Jitendra Singh and Jugal Kishore were nominated by the MHA as associate members of the panel.

From July 6-9, the panel visited J&K to interact with political parties, public representatives and administration officials of 20 districts to garner inputs. While the delegations of BSP, BJP, CPI, CPI(M), NC, Congress, J&K Apni Party, J&K People's Conference and other parties submitted their representations to the Delimitation Commission, PDP refused to take part in the proceedings citing that it is a "pre-planned" exercise. As per sources, a majority of the 20 Deputy Commissioners have already sent their response to the 290 representations received by the commission.