Samajwadi Party (SP) chief Akhilesh Yadav on Thursday has predicted that his party will win 351 seats in the 2022 Uttar Pradesh Assembly elections. 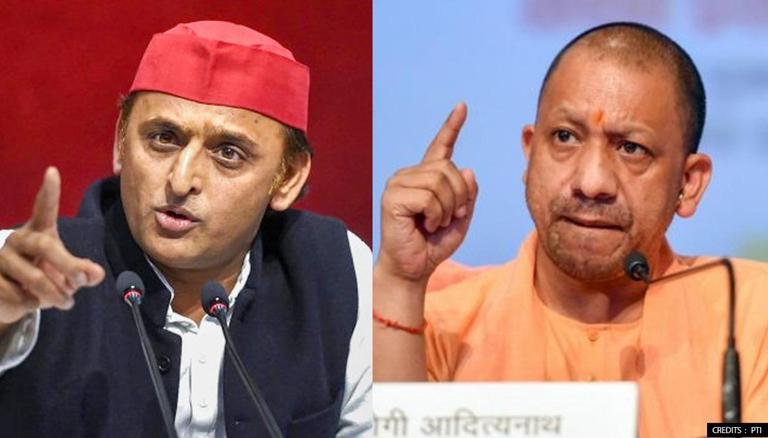 
Samajwadi Party (SP) chief Akhilesh Yadav on Thursday has predicted that his party will win 351 seats in the 2022 Uttar Pradesh Assembly elections. Yadav has also made another big claim and stated that the ruling BJP government in UP will be 'wiped out'. The SP chief has kicked off his poll campaign and reached Unnao on his 'election chariot'. Akhilesh Yadav has claimed that the BJP won 324 seats by misleading the people and has said that SP can win 351 seats by raking up development issues in the state.

"Samajwadi Party will take everyone along and we will move forward for the welfare of the people by connecting people of all sections," said Yadav

The BJP is a 'jhooti' (liar) party and it should be removed. The BJP people triggered fights and in the recently-held panchayat elections, the party used money power. In the four-and-half years of its rule, the BJP has not built a single factory in the state. It has pushed the people to the brink of starvation," Yadav had previously alleged

On Wednesday, the SP chief had informed that his party will forge an alliance with smaller parties in the state. Yadav has also welcomed those who are willing to join hands to defeat the BJP while maintaining that the party will win more than 350 seats in the upcoming state elections. The Samajwadi Party has promised over 10 lakh jobs and free electricity up to 300 units if voted to power. Meanwhile, on Sunday Akhilesh Yadav claimed that the BJP and the RSS are feeling dejected and disappointed seeing power slipping from their hands ahead of the 2022 Uttar Pradesh Assembly polls. Yadav, in a statement, said the top-leadership of the BJP is well aware about the "deep resentment" among the public towards the BJP government.

"Seeing that power is slipping out from their hands, the BJP and RSS are feeling dejected and disappointed, and have held meetings in Chitrakoot, Vrindavan and Lucknow in a span of one month," he said.

"By holding workshops in Chitrakoot, Vrindavan and Lucknow, it has been made clear that the BJP and the RSS are parallel to each other, and the BJP is its puppet. Saving democracy from their clutches can only be done by the Samajwadi Party," Yadav added.

The BJP currently rules Uttar Pradesh with CM Yogi Adityanath at the helm. Even so, the saffron party is facing challenges as several fronts have come up as challengers. The Suheldev Bharatiya Samaj is eyeing an alliance with AIMIM, Azad Samaj Party, Pragatisheel Samajwadi Party. In addition, parties like AAP, Shiv Sena, and JDU have announced that they will be contesting for the UP polls. Samajwadi Party and BSP have decided to not ally and shut their doors to Congress, opting to ally with smaller parties if needed or go solo. Since then, Congress has aggressively campaigned under the leadership of Priyanka Gandhi in the state, eyeing its solo return. However, Gandhi recently said she is 'open-minded' to forming an alliance to take down the BJP.