Sanjay Raut Says 'will Prove Strength On Floor Of House'; Asserts 'not Greedy For Power'

Shiv Sena MP Sanjay Raut asserted that the party will prove its strength in the floor of Vidhan Sabha, stating that they are not 'greedy for power'. 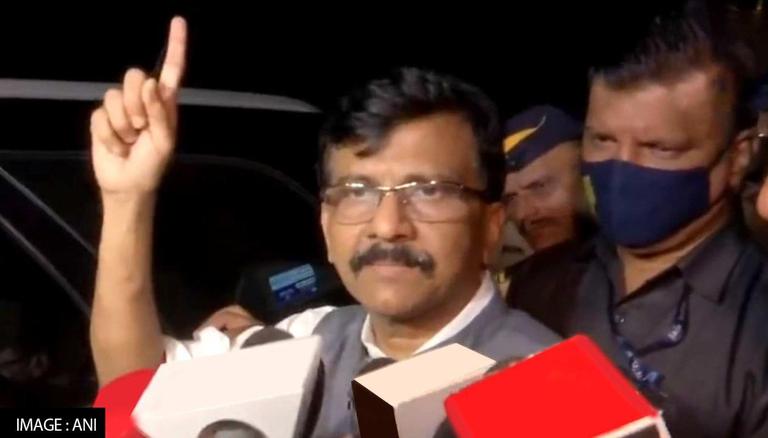 
As Maharashtra Chief Minister Uddhav Thackeray is expected to move out of his official residence anytime soon after saying that he is 'ready to resign' from his post, Shiv Sena MP Sanjay Raut on Wednesday asserted that the party will prove its strength on the floor of the Vidhan Sabha, stating that they are not 'greedy for power'. He also exuded confidence that Uddhav Thackeray will remain the Chief Minister of Maharashtra.

Speaking to the media, Sanjay Raut stated, "We are not greedy for power. We are fighters, we will continue to struggle. And in the end, truth will prevail... Uddhav ji is the CM and will remain. If given the chance, we will prove our strength on the floor of the house."

Earlier, Raut had tweeted, stating that Shiv Sena will 'Fight Back'.

Hours ago, Uddhav Thackeray conceded his defeat and said that he is 'ready to resign' from his post. Delivering an emotional address via Facebook, the Maharashtra CM expressed his dismay over his 'own people' turning against him and stated that he is ready to tender his resignation on one condition - that his fellow Shiv Sainiks face him and make the demand in person.

"We were opposition to Congress and NCP for 25 to 30 years. When all 3 parties came together in 2019, Sharad Pawar told me that  I had to take responsibility for the CM post. I didn't even have prior experience. But I took the responsibility. Sharad Pawar & Sonia Gandhi helped me a lot, they kept their faith in me. I was surprised that I became CM. But my own people are now questioning. I am ready to quit if my own MLAs want me to quit. You all are saying that you are not going to backstab Shiv Sena then why all this? I am not going to Raj Bhawan as I have COVID. I am ready to go and meet governor," the Maharashtra CM added.

The Maha Vikas Aghadi (MVA) government is running out of options, with its numbers slipping below the majority mark. Post the MLC elections, an exodus has been triggered in the Uddhav Thackeray-led Shiv Sena with rebel senior politician and Minister Eknath Shinde leading the faction.

Sources have revealed that the Shiv Sainik, a staunch follower of late patriarch Balasaheb Thackeray, is upset over the party's coalition with ideologically different Nationalist Congress Party (NCP) and Congress. The leader has sought for Shiv Sena to return back to its 'natural ally' BJP, and 'not compromise on Hindutva'. After bringing his flock to Surat, Eknath Shinde with at least 38-40 MLAs reached Guwahati's Raddison Blu hotel in Assam.