Raj Thackeray is likely to support CAA and the NRC which he vehemently opposed earlier, sources said after the MNS leader met Devendra Fadnavis on Tuesday.

Raj Thackeray, the chief of the Maharashtra Navnirman Sena (MNS), met with the BJP's Devendra Fadnavis on Tuesday evening in Mumbai, fueling reports of a tie-up. As per sources, they met at an undisclosed location and the meeting went on for at least one and a half hours.

Sources say that Raj Thackeray is looking to fill the pro-Hindu ideological space he believes has been abandoned by the Shiv Sena after its separation from the BJP. The ideological dilemma for the Sena has come to the fore on issues such as CAA and sources have said that now Raj Thackeray will be supporting CAA and the NRC. 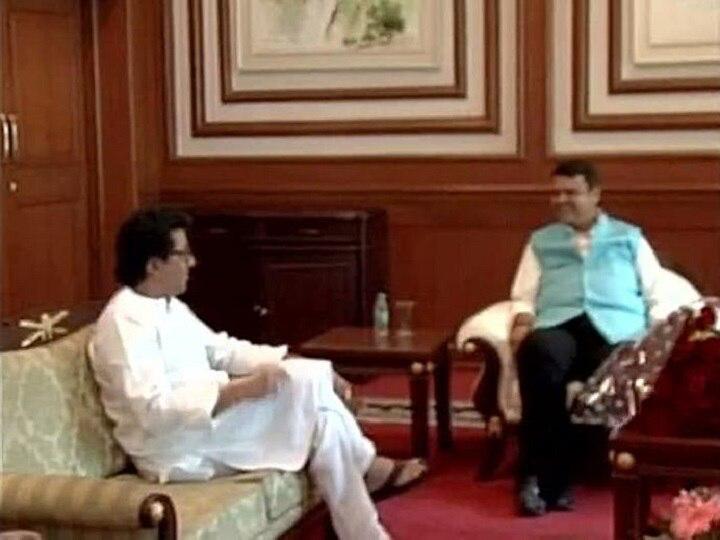 Sources add that the MNS Chief will be launching a verbal attack on the Bangladeshis living in Mumbai mainly on January 23. Raj Thackeray is also likely to announce a major ideological shift on the same day as the birth anniversary of Shiv Sena founder Bal Thackeray.

Breaking his silence on the Citizenship Amendment Act, Raj Thackeray, on December 21, had stated that it was a ploy to distract the attention from the economic crisis in the country. Raj Thackeray's move marks a significant change after he went all guns blazing against the BJP before the national election last year. In his campaign, he targeted Prime Minister Narendra Modi and Amit Shah through rallies where he used multi-media presentations to make his point.

The Shiv Sena’s decision to ally with Congress and NCP is seen by many MNS leaders as a lifeline for the party to rebrand itself. In the recent Assembly polls, MNS had won only one seat while it had fielded 101 candidates. The party had 13 MLAs in the 2009-2014 Maharashtra Assembly but won only one Assembly seat each in 2014 and 2019.

After the Assembly elections, Thackeray had a few meetings with BJP leader Ashish Shelar, who may have influenced his decision. Senior MNS leader Bala Nandgaonkar confirmed that his party could potentially ally with the BJP to take on the Maha Vikas Aghadi alliance.

There is speculation that the party has discarded its current flag- which has three colours- saffron, green, and blue, respectively representing Hindutva, Islam, and Dalits. The new saffron flag with Chhatrapati Shivaji Maharaj’s seal on it is expected to be unveiled very soon. The image of the old flag has been removed from the party’s official Twitter handle, @mnsadhikrut.