Farmers have been camping on Delhi borders for the last several months against the three farm laws which the government says liberalize the agriculture sector. 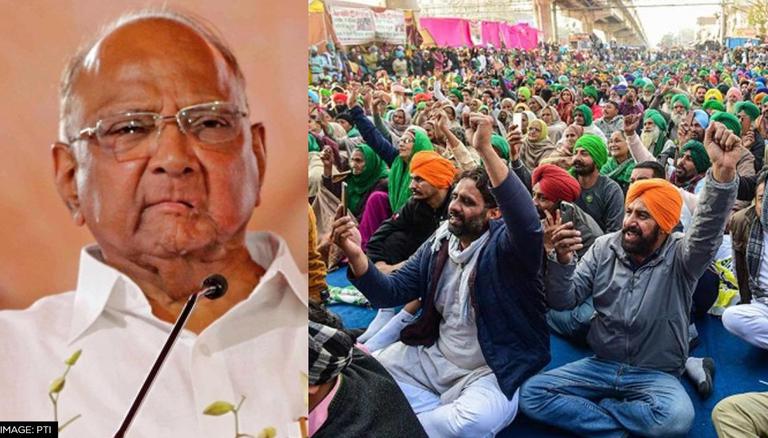 
The impasse over year-long farmers' agitation can be broken if the Central government holds dialogue with them and shows readiness to amend the agriculture laws where there is scope, said NCP leader Sharad Pawar on Thursday.

Farmers have been camping on Delhi borders for the last several months against the three farm laws which the government says liberalize the agriculture sector.

Speaking to reporters in Maharashtra's Gadchiroli, the former Union agriculture minister said the Centre should restart talks with the farmers and "take some more people in confidence". No solution can be found if farmers insisted that their demands be accepted completely, the Nationalist Congress Party leader said.

"At the same time, if the government keeps prestige concerns aside and shows readiness to amend the laws where there is scope, then I think dialogue can be started and some way out of this situation can be found," he said.

Bhartiya Kisan Union Leader Rakesh Tikait has 'warned' the Centre to repeal the contentious laws by November 26, else the farmer protests around Delhi would be intensified.

The Samyukta Kisan Morcha recently announced that 500 farmers will participate in a tractor march to the Parliament daily during the upcoming Winter session. On November 26th, there will be huge mobilisations from Punjab, Haryana, Uttar Pradesh, Uttarakhand and Rajasthan at all the Delhi borders, the SKM said.

The farmers' body has called for massive joint statewide actions by farmers, workers, employees, agricultural labourers, women, youth and students on November 26, in all state capitals of India, except the states mentioned above which will 'mobilise at the Delhi borders.'

What are the three farm laws?

Despite, several rounds of talks held between Farmer leaders and the Centre, there has been no solution and the impasse remains.