Actor-turned-politician Shatrughan Sinha is likely to ditch Congress and crossover to Mamata Banerjee's TMC, sources close to him told PTI on Sunday 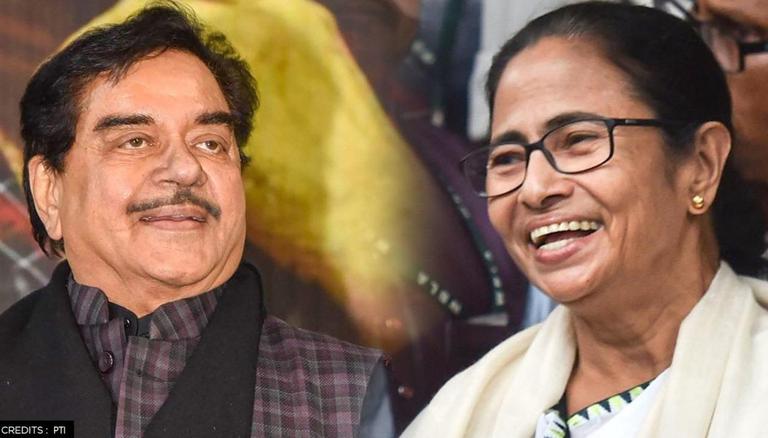 
Actor-turned-politician Shatrughan Sinha is likely to ditch Congress and crossover to Mamata Banerjee's Trinamool Congress, sources close to him told PTI on Sunday.

Though Sinha had triggered speculations about making a "Ghar Wapsi" to the BJP with his pro-Government tweet, reports indicate that he is more inclined towards the TMC. The Mamata Banerjee-led party had trumped BJP in the West Bengal Assembly elections.

Refusing to make any direct comment on the possible switch, Sinha said, "Politics is an art of possibility." Sources close to him, however, did not deny the chance, said PTI.

A section of TMC leaders in Kolkata also confirmed that talks are in the advanced stage in this regard. They also noted that Sinha always had good relations with Banerjee. Reports state that the senior Congress leader may switch over to the TMC on its July 21 Martyrs' day celebration.

Popularly known as "Bihari Babu", Sinha made heaped praises on Chief Minister Mamata Banerjee, calling her "real Royal Bengal tiger" and a "tried and tested leader who trounced propaganda of the BJP in the Bengal polls. It may be noted that Sinha's former colleague in BJP's Atal Bihari Vajpayee government, Yashwant Sinha, is now the national vice-president of the TMC.

Emerging as a strong rival to Prime Minister Narendra Modi in the 2024 Lok Sabha polls, Mamata Banerjee has already announced that her party will have a larger role outside West Bengal. In that scheme of things, people like Yashwant Sinha and Shatrughan Sinha could be important for the party.

READ | Dilip Ghosh slams turncoats returning to TMC: 'It's hard for them to adjust to BJP rules'

Two Rajya Sabha seats from the TMC are currently lying vacant after former union minister Dinesh Trivedi switched to the BJP and party MP Manas Bhuniaya became a minister in Banerjee's cabinet. Speculations are rife that Shatrughan Sinha might be given a seat from the TMC, to the Upper House of Parliament.

A popular Bollywood hero of yesteryears, Sinha had joined the BJP in the early '80s when it was a party of two MPs and served as its star campaigner for a long time during the Atal-Advani era. He, however, fell out with the present saffron party leadership of Modi-Shah and finally left it and joined the Congress before the last general election.

Sinha had joined Banerjee's mega anti-BJP conclave at Brigade Parade Ground in Kolkata before the 2019 Parliamentary polls when he was still an MP from the BJP.