In its counter-affidavit filed before the SC, Sunil Prabhu- the chief whip of Uddhav Thackeray's Shiv Sena faction argued that the rebels don't deserve relief. 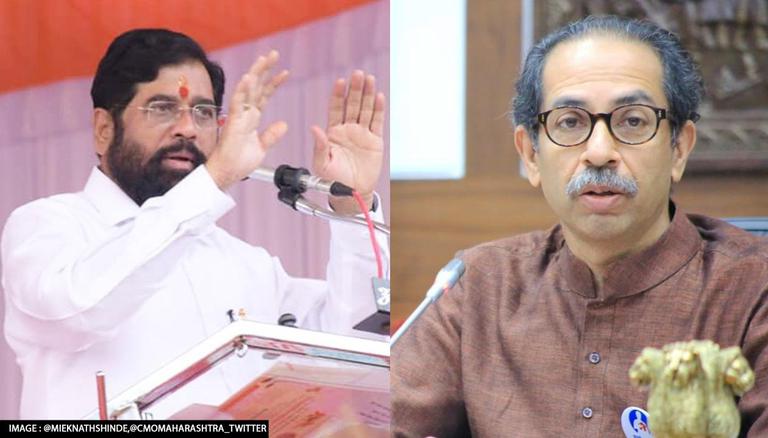 
In its counter-affidavit filed before the Supreme Court, Sunil Prabhu- the chief whip of Uddhav Thackeray's Shiv Sena faction argued that the Eknath Shinde-led rebels shouldn't be given any relief. After 16 rebel Sena MLAs had moved the SC on June 26 challenging the disqualification proceedings initiated against them and his replacement as the Legislative Party leader, the apex court extended the time granted by Deputy Speaker Narhari Zirwal to them to submit their response to the disqualification plea till July 12. But Prabhu contended that the 48-hour notice period granted by Zirwal was "sufficient".

According to him, the rebel MLAs had failed to demonstrate otherwise and directly approached the apex court instead. However, he called upon the SC to decide on the disqualification pleas as Shinde has incurred disqualification as he toppled the MVA government lured by the prospect of becoming CM with the BJP's support. Prabhu also stressed that Shiv Sena president Uddhav Thackeray has denounced the anti-party activities being carried out by the current Maharashtra CM and the legislators supporting him.

Uddhav camp MLA Sunil Prabhu affirmed, "In response to the prayer clauses in both the writ petitions, it is submitted that the Petitioners are not entitled to any relief whatsoever. This is more so when the newly elected Speaker has already by his conduct displayed the real and clear danger/apprehension of bias in favour of Eknath Shinde and the other delinquent MLAs who have voted in his support to appoint him the Speaker in quid pro quo to the benefits they are reaping presently". The SC is likely to hear the bunch of pleas pertaining to the Maharashtra political upheaval today.

The legal tussle between the Uddhav Thackeray and Eknath Shinde factions of Shiv Sena escalated as the former approached the Supreme Court on July 8. The petition filed by Sena general secretary Subhash Desai has challenged the decision of Maharashtra Governor Bhagat Singh Koshyari to invite Shinde to form the government in the state on June 30 after Thackeray's resignation. It asserted that the Governor's move was ex-facie unconstitutional as the rebels led by Shinde haven't merged with any other party and are therefore liable to be disqualified.

At present, 40 out of 55 Shiv Sena MLAs are backing the Eknath Shinde-Devendra Fadnavis government. The Uddhav camp also urged the SC to quash the proceedings of the state Assembly held on July 3 and 4. Recently, the Speaker's election and the vote of confidence were held. The Shinde government not only managed to get BJP's Rahul Narwekar elected as the Speaker but also proved its majority with a 164-99 margin.