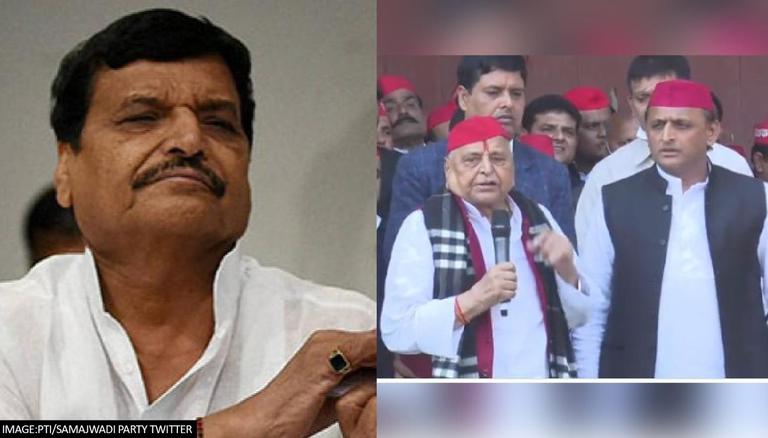 
As Samajwadi Supremo Mulayam Singh Yadav celebrated his 83rd birthday on Monday, his younger brother Shivpal Singh Yadav remained absent from celebrations in Lucknow. While the PSPL chief took to Twitter to wish his elder brother, he was not seen sharing a stage with estranged nephew Akhilesh Yadav. His absence hints at his futile efforts to strike an alliance with SP which he has been eyeing for the past two years.

As per reports, Shivpal Yadav had a separate celebration in Saifai where he cut a cake and fed it to a poster of the SP supremo. The PSPL chief was reportedly accompanied by his son Aditya Yadav and several other party leaders. Yadav had met with Asaduddin Owaisi and SBSP chief Om Prakash Rajbhar to stitch a tie-up but failed to do so. While Rajbhar has tied up with Akhilesh Yadav, Owaisi has declared AIMIM will fight on 100 seats.

Earlier in September, sources reported that SP chief Akhilesh Yadav and Shivpal Yadav will share the same stage on November 22 - celebrating patriarch Mulayam Singh Yadav's birthday. Sources added that both Akhilesh and Mulayam Yadav have talked to Shivpal Yadav, softening their hostility towards him. Sources added that while PSPL will not merge with SP, Akhilesh Yadav has agreed to allow PSPL to contest on more than one seat.

Recently, Shivpal Yadav admitted to failing to finalise an alliance, saying, "I have been seeking this (alliance with SP) for the last two years. It will be great if it happens". Akhilesh Yadav had said that he would be allying with smaller parties including PSPL, ruling out any alliance with big parties like Congress and BSP. Currently, he has allied with small parties like Mahan Dal, NCP, SBSP and similar outfits. Mulayam Yadav has often lamented at his brother's sidelining and made many efforts to patch up the family.

In 2016, Akhilesh Yadav had faced a massive family feud - with his uncle Shivpal Yadav over who will take over the party's reins from patriarch Mulayam Singh Yadav. The then-SP chief Mulayam Singh Yadav had sided with his brother- Shivpal, throwing out then-CM Akhilesh Yadav and his cousin  Ram Gopal Yadav from the party for six years for releasing a separate list of 235 candidates for the 2017 polls, countering his father's 325 candidate-list. Later, Akhilesh was reinstated, who promptly threw out his uncle and replaced Mulayam Singh Yadav as the party chief. Amid these tumultuous family fights, Yadav stitched an alliance with Congress, which failed miserably, winning only 55 seats, while the BJP won 312 seats - ushering in Yogi Adityanath's maiden term.