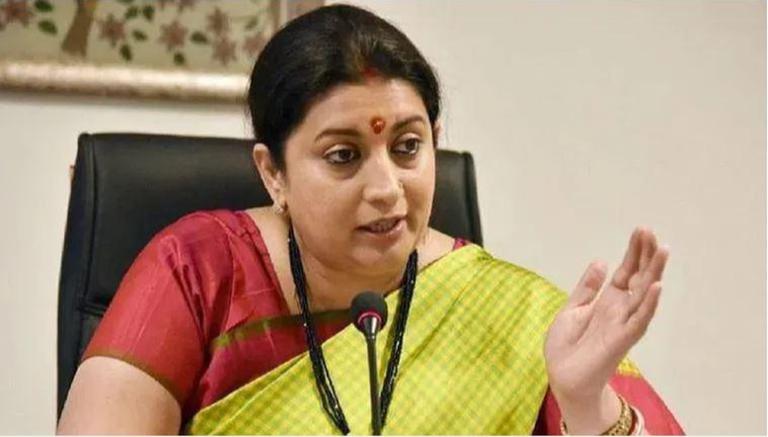 
Union Minister Smriti Irani tested positive for Covid-19 and cited her test report as reason for not attending the programme at Delhi's Rajendra Nagar for the MLA elections, to campaign for BJP candidate Rajesh Bhatia.

She tweeted about her Covid test turning out to be positive and said, "I apologize to the citizens for not being able to attend the program organized in Rajendra Nagar, because my corona report has come positive. I appeal to the people of Rajendra Nagar to vote for @rajeshbhatiabjp ji and make @BJP4Delhi win."

Rajendra Nagar by-poll: 32 candidates in the fray with 7 Independents

As per the election commission website, 32 candidates have filed nominations for the Rajendra Nagar by-poll seat. Overall, 21 candidates have applied, out of which some have filed more than one nomination. BJP has fielded former councillor Rajendra Bhatia, while Congress will be represented by former councillor Prem Lata and MCD in-charge Durgesh Pathak will contest for AAP.

The Rajendra Nagar seat was vacated by MLA Raghav Chadha, who was sent to the Rajya Sabha by the party. He won the 2020 assembly elections from the Rajendra Nagar seat by a margin of 20,085 votes, defeating BJP’s Sardar RP Singh with Congress' Rocky Tuseed who received a meagre 928 votes.

BJP interviewed a total of 30 candidates for the by-poll, out of which 5 were shortlisted and finally, Rajendra Bhatia was selected to represent the party to contest the elections.