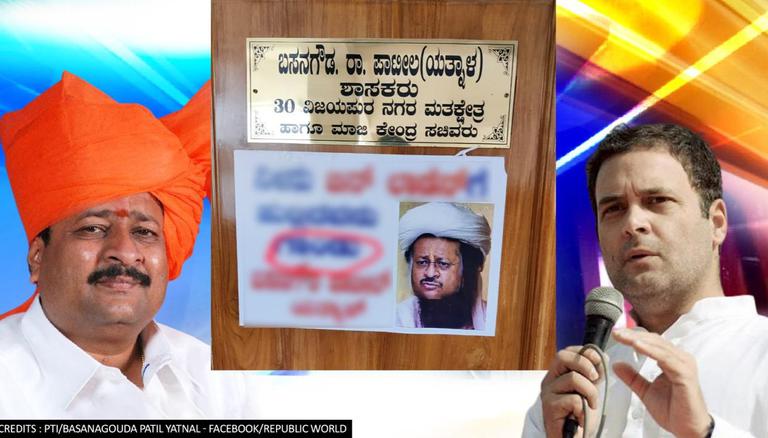 
Karnataka BJP MLA Basanagouda Patil Yatnal has stirred a controversy, referring to the senior Congress leader Rahul Gandhi as 'mental' while questioning his silence on the Afghanistan crisis.

The BJP MLA went on to say that if Narendra Modi weren't the Prime Minister, Congress would have 'imported only Talibanis' to India. Only because a new law has been brought in Kashmir that Hindus are living safely in the state, he exclaimed. Referring to the situation in Afghanistan taken over by Talibani militants, Basanagouda Yatnal said that all Talibanis should be 'shot dead' in India like in other countries. Further, he said only Hindus and Sikhs should be brought back from Afghanistan, and the religions 'should not be entertained' in India.

'Talibanis should be 'shot dead'

"If you ask me, all the 'Talibans' in our country should be shot dead like they're being shot in other countries. If we don't, Hindus won't live and neither will India survive. Only Hindus and Sikhs should be brought back from Afghanistan. People from other religions should not be entertained. If they accept to follow Hinduism, Buddism, or Jainism, then let them enter our country," he said.

The MLA further stated that actors like Amitabh Bachchan, Amir Khan, and other 'Khans', who "have been saying that India is not safe, Khans should move to Afghanistan."

Enraged by Yatnal's remark against Rahul Gandhi, an unknown person has displayed derogatory posters against the controversial BJP MLA outside his official room in the Legislators' house in Bengaluru. The poster, that reads 'Yatnal is the son of Osama Bin Laden' also abuses him. It was pasted on the Room 2001 of Legislators house on the 5th Block.