Suvendu claimed that the TMC administration under Mamata Banerjee was unable to manage relief for Cyclone Amphan which had hit West Bengal last year. 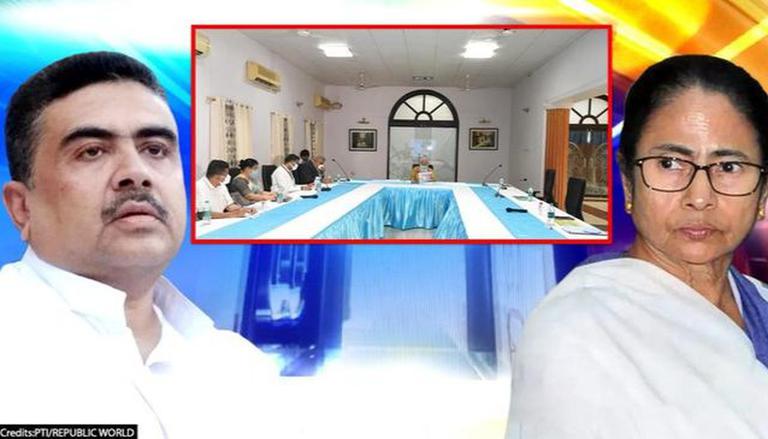 
Hitting out at Chief Minister Mamata Banerjee's 'behaviour' with Prime Minister Narendra Modi, who was on his visit to West Bengal to review the impact of Cyclone Yaas, Leader of Opposition (LoP) Suvendu Adhikari has said that it marks a 'dark day' in India's long-standing ethos of cooperative federalism. Terming Mamata Banerjee's short meeting with the PM as a reflection of her 'dictatorial nature and lack of respect for constitutional values,' the now BJP leader recalled that none of the non-NDA Chief Ministers has ever 'behaved' like Mamata Banerjee during PM Modi's previous visits to review floods and cyclones.

Moreover, in one of his many tweets aimed at the Bengal CM, Suvendu claimed that the TMC administration under Mamata Banerjee was unable to manage relief for Cyclone Amphan which had hit the state last year. "Rampant loot plagued the relief works. Even now, West Bengal is suffering and the state government is in absent mode," Suvendu said on Friday. Notably, Suvendu Adhikari defeated Mamata Banerjee in the recently concluded Bengal Assembly Elections when the two locked horns in Nandigram, leaving the TMC chief with no seat in the Assembly.

Today is a dark day in India’s long-standing ethos of cooperative federalism, a principle held sacred by PM @narendramodi.

CM @MamataOfficial has shown once again that she is insensitive to the sufferings of the people of West Bengal.

The way @MamataOfficial Didi behaved with PM @narendramodi reflects her dictatorial nature and lack of respect for constitutional values. Instead of working with the PM for the betterment of West Bengal, she is indulging in petty politics. Her skipping the meeting is disgusting.

As per sources, CM Mamata Banerjee cut short her meeting with the Prime Minister on Friday and rushed through the proceedings even after arriving 30 minutes late. Sources have informed that Mamata Banerjee and her Chief Secretary arrived 30 minutes late for the review meeting despite being present around the same premises. Governor Jagdeep Dhankar was also present in the review meeting chaired by the Prime Minister. The TMC chief appeared to hurry through the meeting as she handed over the review documents and left citing other commitments. Significantly, this was the first meeting between PM Modi and Mamata Banerjee since TMC's recent victory in the Assembly Elections and amid the ongoing Centre-State spat.

Governor Jagdeep Dhankar also criticised Mamata Banerjee, adding that it would have served the interests of the state and its people for CM and officials to attend the review meeting.  "Confrontational stance ill serves interests of State or democracy. Non-participation by CM and officials not in sync with constitutionalism or rule of law," the Governor tweeted. Meanwhile, highlighting PM Modi's respect for cooperative federalism, BJP National President JP Nadda too slammed the Bengal CM, stating Mamata Banerjee's 'tactics and petty politics' have once again come to haunt the people of the state.

PM @narendramodi ji holds the principle of Cooperative federalism very sacred & has been actively working with all CMs irrespective of party to give relief to the people. Unsurprisingly @MamataOfficial's tactics & petty politics has once again came to haunt the people of Bengal.

Reasoning her short meeting with the Prime Minister, CM Mamata Banerjee said that she submitted the damage assessment report asking for Rs 20,000 crore for the damages and left after taking PM Modi's permission.  The Bengal CM said that she met PM Modi after having review meetings in Hingalganj & Sagar to assess the impact of the cyclone. She said that a disaster report has been handed over to the Prime Minister as she has now proceeded to review the relief and restoration work at Digha.

Following his visit to Cyclone Yaas-affected states PM Modi on Friday announced financial assistance of ₹ 1,000 crores to Bengal, Odisha, Jharkhand for immediate relief activities. An inter-ministerial team is set to visit the states to assess the full extent of damage, the PMO has informed. The Prime Minister also announced ₹ 2 lakh each for the families of each of those who died in cyclone-related incidents. A sum of ₹ 50,000 would be paid to those injured in such incidents.

Earlier in the day, PM Narendra Modi undertook an aerial survey to review the situation in the aftermath of Cyclone Yaas. The aerial survey covered parts of Odisha and West Bengal. In Odisha, PM Modi advised the concerned authorities during the review meeting to ensure that normal life is restored in the affected areas as soon as possible.