BJP registered a massive victory after defeating its rivals in Telangana's Huzurabad constituency as its candidate Eatala Rajender won the Assembly seat. 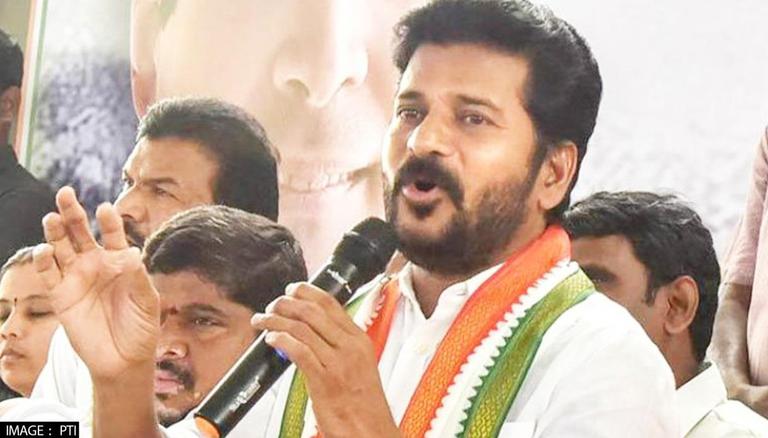 
After a humiliating defeat at the Huzurabad bypolls, Congress leader and Telangana Party Chief Revanth Reddy took the responsibility for the party's loss and further assured to stand by the party workers. While taking the blame on himself, he said that by-elections will not determine the future of the party and it will now fight with more responsibility on public issues.

Ready was addressing the media on Tuesday after the bypoll results were announced. Speaking on the same, he said that the Huzurabad byelections were held under special circumstances and the results do not determine the future of the party. The party will go on fighting for the people of  Huzurabad in the future, he added. Further taking the responsibility for the election results, he said that the party will analyse the reports and will fight with more responsibility on the pertaining issues.

Speaking on the Bhartiya Janata Party's victory, Reddy said that BJP got only 1600 votes in the last election and now it has won.

Further motivating the disappointed party workers after the defeat, the Telangana Congress chief asked them to not be disappointed by the defeat as it is not permanent. "Let's build from disappointment", he added. Speaking on the Congress candidate from the constituency, he said that Balmoor Venkat Narsing Rao has a bright future and will be a good leader of the Congress. He further added that the defeat will not cripple him.

Earlier on Monday, November 2, BJP registered a massive victory after defeating its rivals in the Huzurabad constituency. Its candidate Eatala Rajender won the Assembly seat after bagging 1,07,022 votes further defeating his nearest rival TRS's Gellu Srinivas Yadav by a margin of 23,855 votes. Meanwhile, Yadav managed to garner only 83,167 votes, while Congress candidate Balmoor Venkat Narsing Rao got only 3,014 votes.

Huzurabad seat fell vacant after former Health Minister Eatala Rajender resigned from ruling Telangana Rashtra Samithi (TRS) and joined the BJP. On June 12, Rajender had submitted his resignation as Huzurabad MLA after he was sacked from the state Council of Ministers following allegations of land encroachment.

Earlier in the 2018 assembly elections, BJP's candidate from Huzurabad managed to win only 1,683 votes. Etela Rajender was then with the TRS and won the elections.