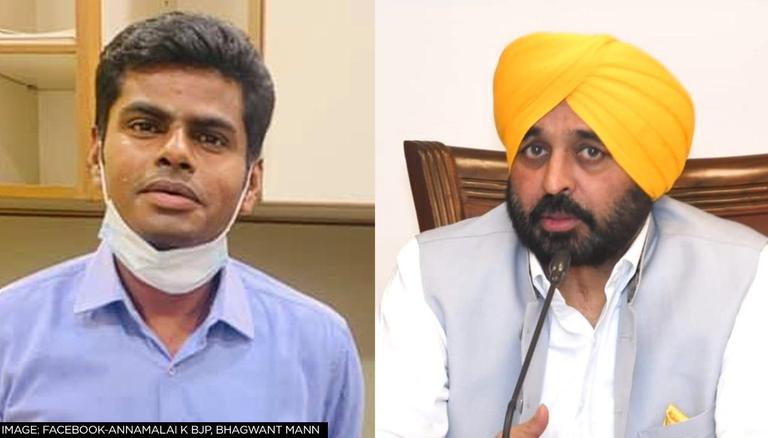 
On Tuesday, Tamil Nadu BJP president K Annamalai lashed out at the incumbent Aam Aadmi Party (AAP) government in Punjab after the gruesome murder of singer turned politician Sidhu Moosewala. The BJP leader further alleged that under just 2 months of the AAP government, the lives of the people of Punjab have become a living nightmare and added that no one is feeling safe in the northern state.

Sharing an info-graphic report card of over two months of AAP governance in Punjab, the BJP leader alleged that around 6-0 people have died in the state due to drug overdose. The BJP leader said, "The Punjab dream promised by Aam Aadmi Party (AAP) is becoming a living nightmare for all Punjab brothers & sisters."

It is pertinent to mention here that the scathing attack on the AAP government comes after the death of Moosewala who was killed in broad daylight by the assailants.

The Punjab dream promised by @AamAadmiParty is becoming a living nightmare for all Punjab brothers & sisters. No one is safe there.

A sea of fans gathered in the village of singer Sindhu Moosewala were gathered to bid a final adieu as the leader was cremated at Mansa, Punjab, earlier on May 31. Sidhu Moosewala's relatives and mother were seen bidding their ultimate farewell to the singer-turned politician. His father was spotted breaking down and laying down his turban in front of his late son's supporters.

On Sunday, May 29, Sidhu Moosewala was shot and killed in Punjab's Mansa district. He was taken to the hospital with multiple bullet wounds but was pronounced dead upon arrival. The unfortunate incident happened a day after the Punjab government scaled down his security.

Goldy Brar, a Canadian gangster, claimed responsibility for Moosewala's death. Brar is an associate of gangster Lawrence Bishnoi, who is also a suspect in the singer's assassination. On Monday, five suspects were detained in Dehradun, Uttarakhand.