Ridiculing Twitter's claims of 'intimidation tactics', the govt downplayed its statement calling it 'totally baseless, false and an attempt to defame India'. 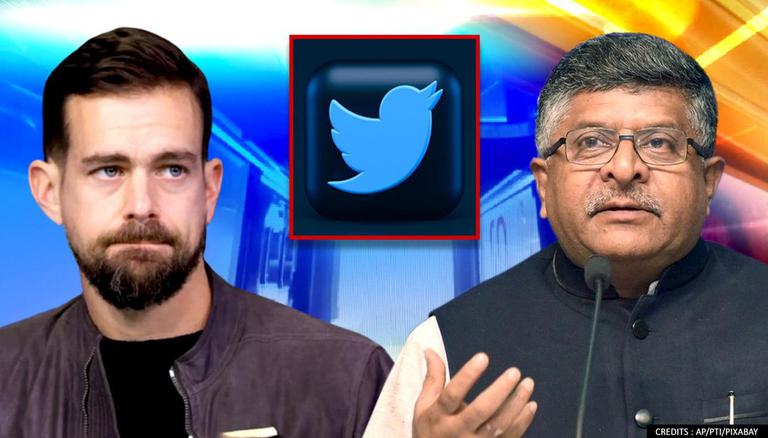 
In a scathing response to Twitter's statement over the implementation of the new IT guidelines that came into force on May 25, the Ministry of Electronics and IT on Thursday lambasted the US-based micro-blogging website for attempting to 'dictate terms' in the world's largest democracy - India. Ridiculing Twitter's claims of 'intimidation tactics' by the Delhi Police, the Union Ministry downplayed the statement issued by the micro-blogging site on Thursday as 'totally baseless, false and an attempt to defame India'. In a stern message to the social media platform, the Union Government has said that Twitter needs to 'stop beating around the bush' and comply with laws of the land, asserting that it has no locus in 'dictating' what should India's legal policy framework be.

Highlighting that Twitter has a large user base in India and earns significant revenue, the Union Ministry questioned its reluctance to appoint an Indian-based grievance redressal officer and mechanism, chief compliance officer and nodal officer to whom the platform's users can complain when subjected to offensive tweets. Pointing at the need for implementation, the Centre once again emphasized that the new IT rules empower ordinary users who become victims of defamation, morphed images, sexual abuse and other abusive content in blatant violation of law, adding that the guidelines were finalized after the widest possible consultations including representatives of social media platforms. Significantly, several global media outlets including Google and Facebook have agreed to comply with the local laws laid to sustain smooth operations in India.

"The Government of India respects the right of people to ask questions and also criticize these social media platforms including on Twitter. The Government equally respects the right of privacy. However, the only instance of scuttling free speech on Twitter is Twitter itself and its opaque policies, as a result of which people's accounts are suspended and tweets deleted arbitrarily without recourse," the Union Ministry said.

The Centre also took the opportunity to point out Twitter's hypocrisy in recent times as it brought to attention several incidents when the micro-blogging site, which has claimed commitment to India, has acted otherwise. The government pointed out:

"Twitter Inc., a USA based private company, in its communique says that it seeks 'constructive dialogue', 'collaborative approach' from the government of a sovereign democratic republic to 'safeguard interests of the public'. It is time that Twitter disabuses itself of this grandiosity and comply with the laws of India," the Union Ministry stated.

Ministry of Electronics & IT's full statement on Twitter's non-compliance

Twitter’s statement is an attempt to dictate its terms to the world’s largest democracy. Through its actions and deliberate defiance, Twitter seeks to undermine
India’s legal system: Ministry of Electronics and Information Technology pic.twitter.com/WyGumYToYv

Earlier in the day, Delhi Police countered Twitter's claims of intimidation at the behest of the Indian government as it highlighted that the case being probed was registered by a representative of the Indian National Congress. Terming Twitter's statement as 'mendacious', the Delhi Police said that the micro-blogging site was attempting to impede a lawful inquiry by a private enterprise.

"Twitter, being public platform, must lead in demonstrating transparency in its functioning & should bring clarity into subject matters of public domain. Since matter has been put in public domain, it's important to set record straight on tendentious statements made. Twitter is purporting to be both an investigating as well as adjudicating judicial authority," the Delhi Police said.

While Twitter on Thursday Thursday stressed that it will strive to comply with the guidelines, it has also sought amendments in the new rules. Expressing commitment towards protecting freedom of speech and privacy, a Twitter spokesperson revealed that the microblogging service plans to talk to the Union government for amending certain clauses of these regulations which restrict a free conversation on the platform. Lamenting the purported use of "intimidation tactics" by the police, it back a collaborative approach to safeguard the interests of the people.

The new IT rules were notified in February this year, with the government granting a time period to all social media outlets to fall in line with the guidelines laid down. However, sources had reported that until the deadline date i.e. May 25, only India's social media outlet Koo, had complied with the rules while others had sought an extension.

"Right now, we are concerned by recent events regarding our employees in India and the potential threat to freedom of expression for the people we serve. We, alongside many in civil society in India and around the world, have concerns with regards to the use of intimidation tactics by the police in response to enforcement of our global Terms of Service, as well as with core elements of the new IT Rules. We plan to advocate for changes to elements of these regulations that inhibit free, open public conversation. We will continue our constructive dialogue with the Indian Government and believe it is critical to adopt a collaborative approach. It is the collective responsibility of elected officials, industry, and civil society to safeguard the interests of the public," Twitter said in a statement.

WE RECOMMEND
R-Day violence: Delhi police chargesheet says 'farmers aimed Red fort as new protest site'
Delhi Police reaches Twitter's office after issuing notice on 'manipulated media' tweets
How to find and join Twitter Spaces? Twitter Spaces now available on desktop browser
Twitter 'strives' for IT rules compliance while advocating changes amid privacy debate
Is Twitter getting banned in India? What are the new IT rules Twitter has to follow?